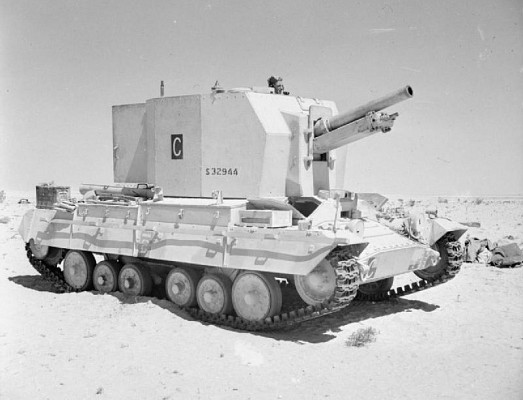 The Bishop is a World War 2 era self-propelled howitzer of UK origin. In order to support British troops in North Africa with more mobile self-propelled artillery, the Bishop was designed in 1941. The Bishop did fulfill a need for mobile firepower, but came with a number of serious drawbacks. Therefore the Bishop was supplemented and replaced as lend-lease M7 Priest became available.

The official designation of the Bishop is "Ordnance QF 25-pdr on Carrier Valentine 25-pdr Mk 1". This described what the Bishop is: a Valentine Mk II infantry tank chassis that serves as a mobile platform for the QF 25 pdr gun-howitzer. The QF 25 is fitted in a large fixed casemate superstructure with two large rear doors.

The QF 25 pounder gun-howitzer is mounted in a fixed superstructure. It can fire only over a narrow frontal arc since both elevation and traverse are limited. A total of 32 shells are carried. Both HE and AP shells can be fired. The lack of elevation severely limited the Bishop in the indirect fire role. Whereas the towed QF 25 pdr can reach up to 45 degrees, the casemate mount allows for only 15 degrees. This results in a maximum range of 5.9 km, less than half the range of the towed QF 25. Photos show that the Bishop was often used on prepared ramps in order to extend indirect fire range.

The Bishop comes with the mobility issues associated with the Valentine Mk II, while being even heavier. The AEC A190 diesel engine proved troublesome. Maximum speed is about 24 km/h.

The steel armor protects the crew from small arms fire and shell splinters all around. The maximum armor figure differs per source, but may indicate that the bishop The Bishop has an armored roof, whereas most World War 2 era self-propelled howitzer had an open roof. However, the two large rear doors are often open in the firing position to make handling of ammunition easier and allowing fumes to escape.

The United Kingdom acquired about 150 Bishops in three production batches. These were employed in the North African theater. Gradually these were replaced in service with the M7 Priest, a more capable and reliable vehicle. During 1944 most, possibly all, Bishops were no longer in frontline service. It seems that Turkey may have received a batch of 48 ex-British Bishops in 1943. 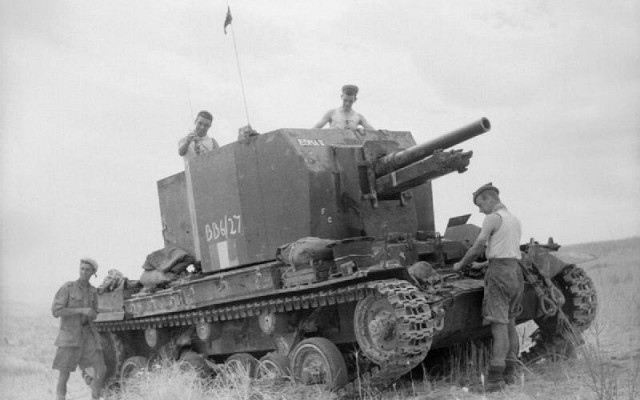 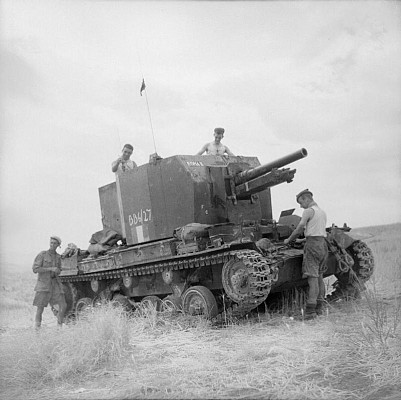 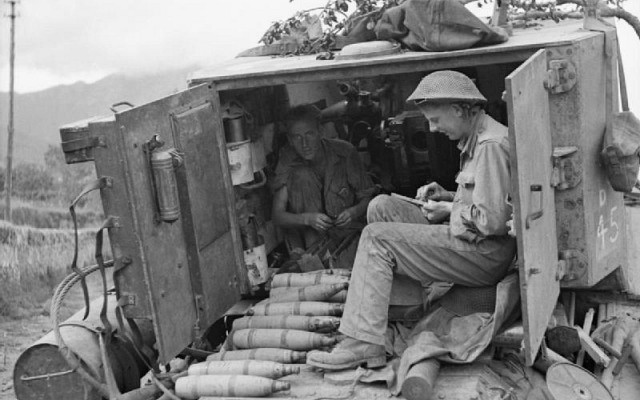 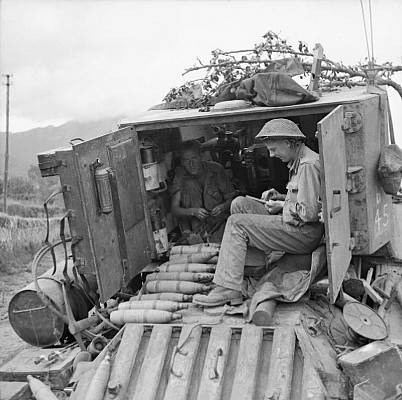 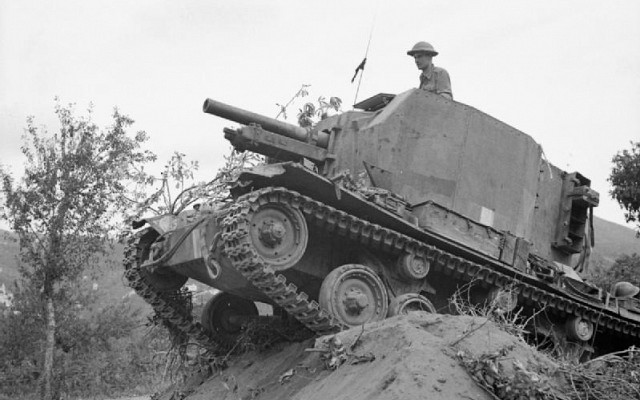 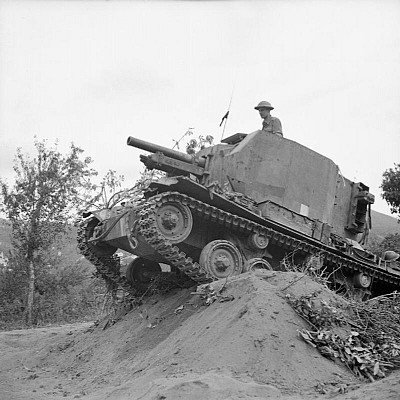 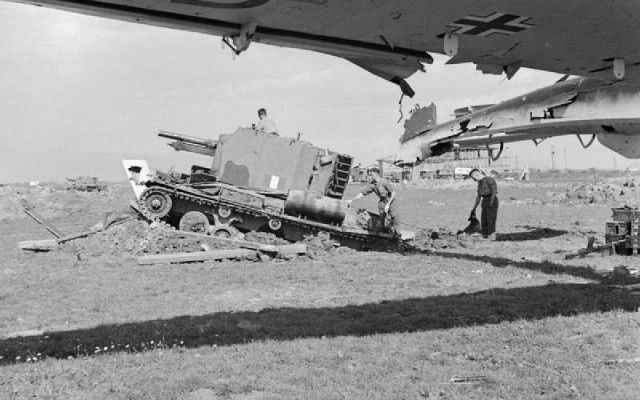 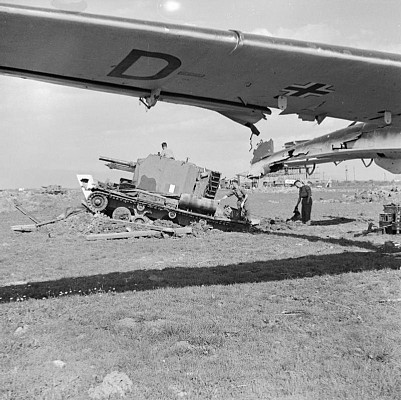 A Bishop deployed on an earth ramp at a former German airfield in Sicily, October 1943. 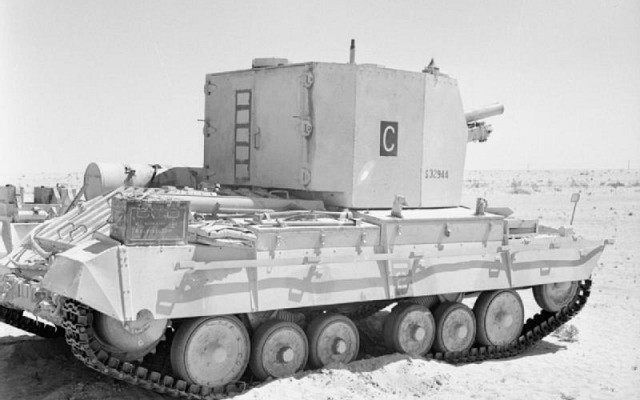 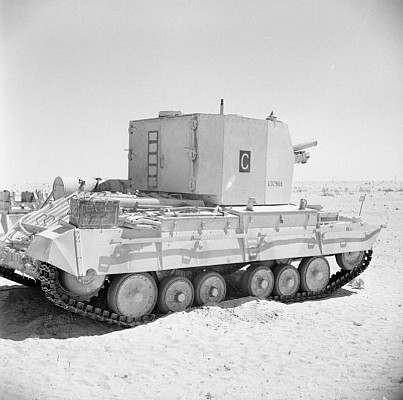 Side view of Bishop self-propelled howitzer. The Bishop is armed with the ordnance of the towed QF 25 pounder field gun.