The M84 is a towed howitzer of Yugoslav origin. It was developed in the early 1980's to answer the need for a longer range than provided by the elderly D-20 towed howitzer. The M84 is also known as the NORA-A.

The M84 uses the same two wheel split trail chassis as the D-20 but is fitted with a new 152mm 40-caliber ordnance. The ordnance is much longer than the one used on the D-20 and features a new breech system. A shield gives the crew of 9 some protection from small arms fire over the frontal arc.

The M84 is normally towed by 6x6 truck. In (former) Yugoslav service the FAP 2026 6x6 truck was used. Emplacement time is 3 to 5 minutes. The weapon is too heavy to be manhandled.

About 100 M84 have been produced and are in service with several former Yugoslav nations. The M84 was never exported.

The M84 comes in three versions that are very similar in performance. The M84 can be easily identified by its D-20 chassis in combination with the much longer 152mm ordnance. 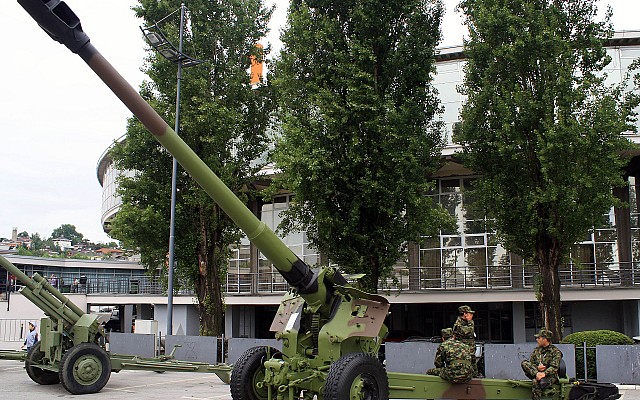 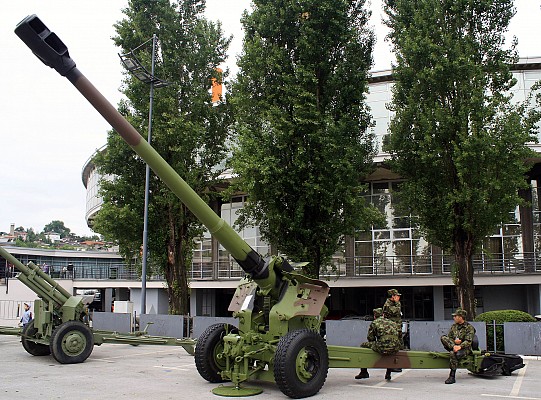 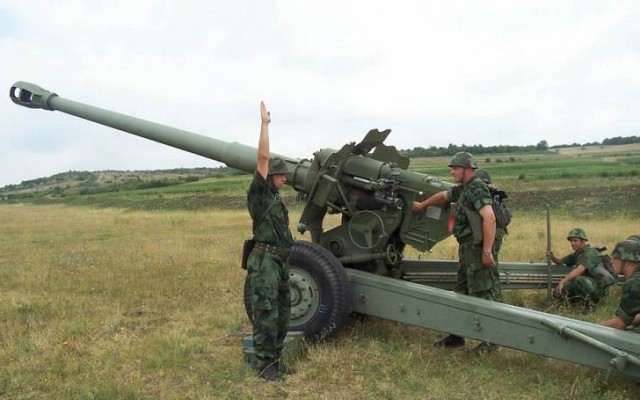 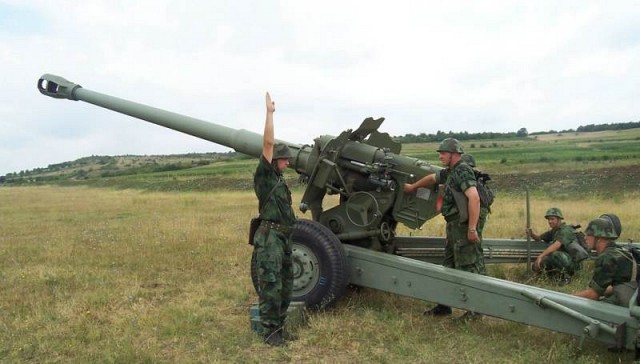 Side view of M84 howitzer in the firing position. 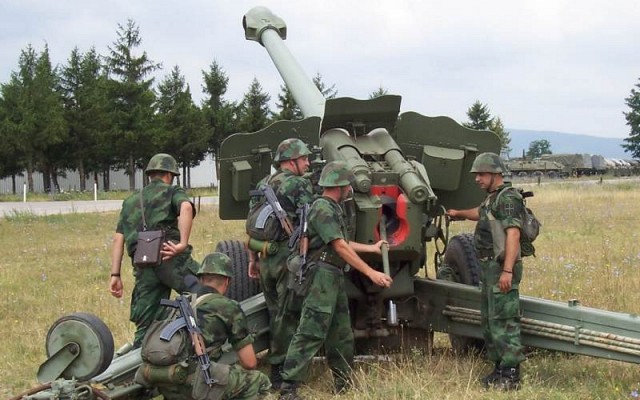 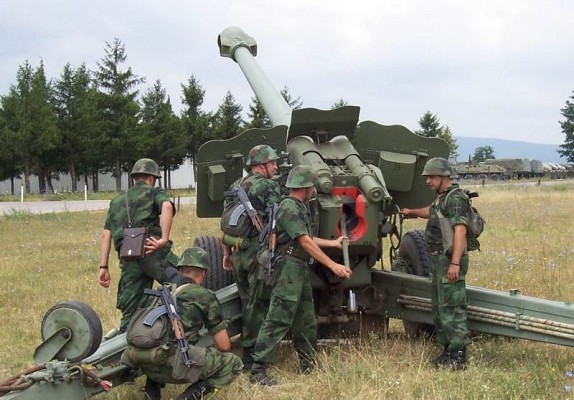 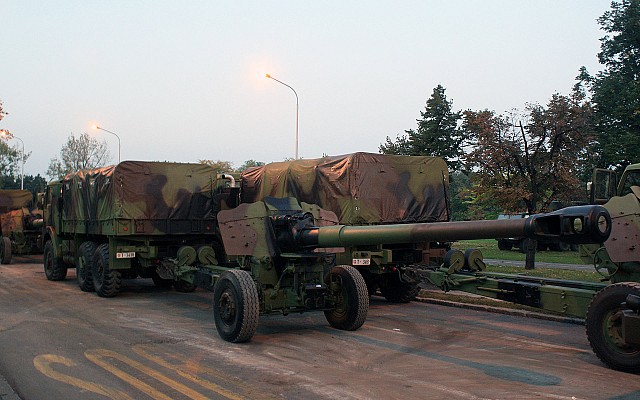 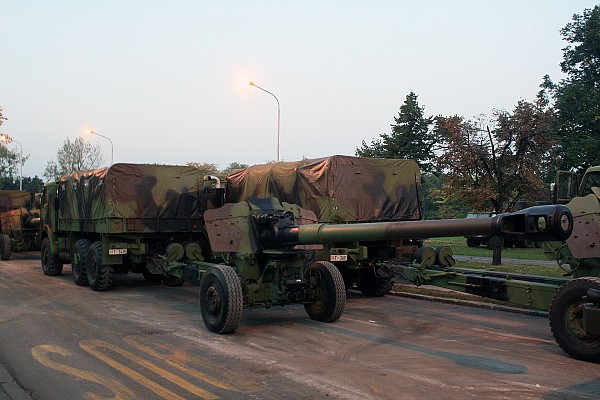 The M84 uses the D-20 carriage in combination with a longer barrel 152mm howitzer.