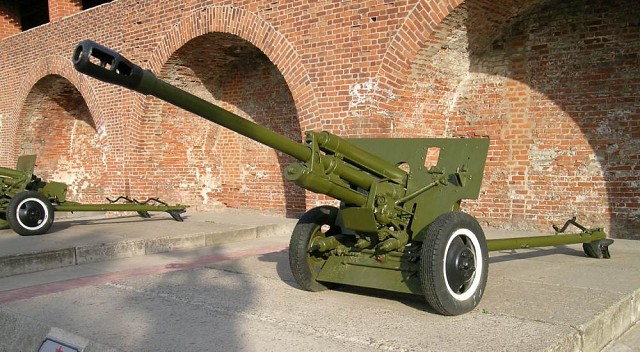 The ZiS-3 is a World War 2 era field gun of Soviet origin. The ZiS-3 was developed during the early stages of World War 2 to replace the heavier and more expensive F-22 in service. The ZiS-3 was the main Soviet anti-tank gun and light howitzer during World War 2 and large numbers remained in use after the war.

The ZiS-3 has a rather simple design that combined the 76.2mm gun of the F-22USV with the ZiS-2 spilt trail two wheel carriage. The 76.2mm ordnance uses a sliding breech block and was improved by fitting a multi-slotted muzzle brake. This increased its performance while reducing stress on the carriage. A gun shield provides the seven men crew some protection from small arms fire and shell splinters.

The ZiS-3 is armed with a long barrel 76.2mm gun with multi-slotted muzzle brake. Compared to the older 76.2mm F-22 the ZiS-3 has a better range, accuracy and penetration. The ZiS-3 was able to knock out all but the heaviest Nazi German tanks but was of little use against post war tanks. The maximum range is 2 km for armor piercing shells and 13.3 km for indirect fire with high explosive shells. A rate of fire of 25 rpm can be achieved.

The use of the older ZiS-2 carriage made the ZiS-3 rather mobile considering its power. It was normally towed by a 4x4 truck which also transported the ammunition and crew. The ZiS-3 can be manhandled over short distances.

The ZiS-3 was widely used by the USSR during World War 2 and is one of the most produced anti-tank guns in the world. In post war Soviet service it was quickly supplemented by the more powerful D-44 and BS-3, promptly making a lot of units available for export. Most nations with ties to the USSR received the ZiS-3 although most were phased out by the 1970's. A limited number remains in service, mostly as a fire support weapon. Some nations retain the ZiS-3 as a saluting gun. 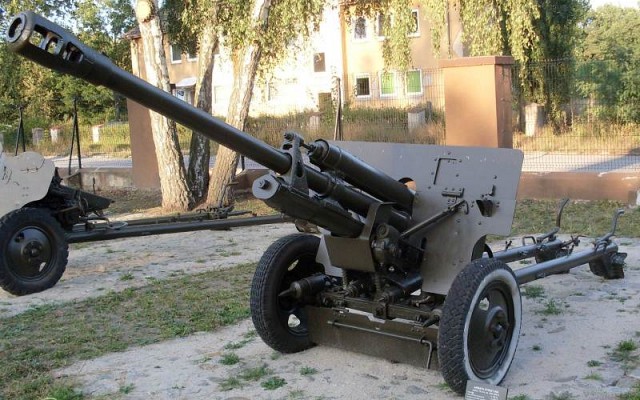 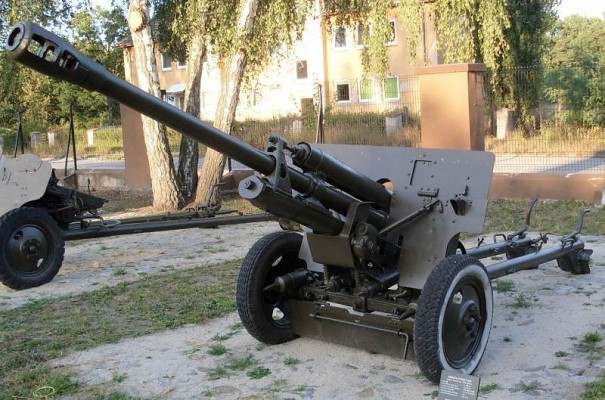 Forward view of a ZiS-3 anti-tank gun with trails in travelling position. 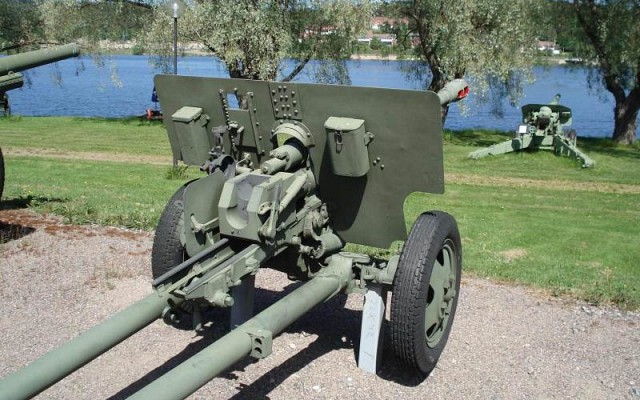 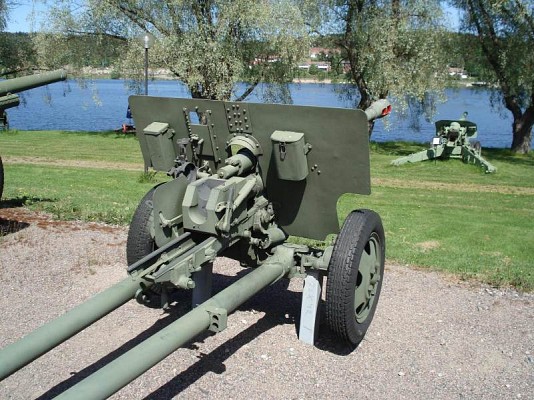 Rear view of a ZiS-3 anti-tank gun. Note the split trail carriage and simplicity of the weapon. 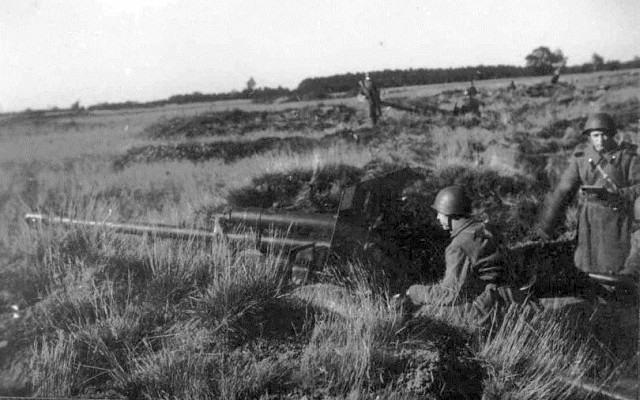 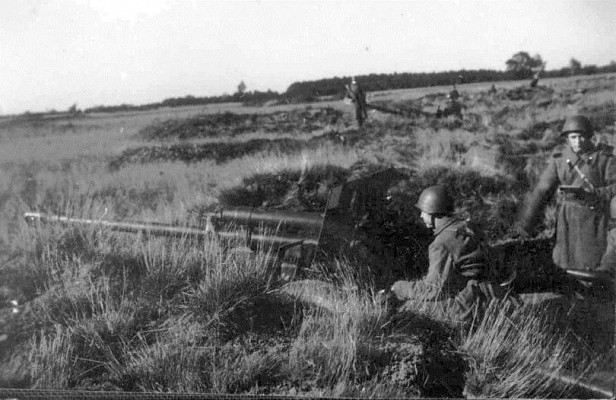 A ZiS-3 dug in by Soviet forces. 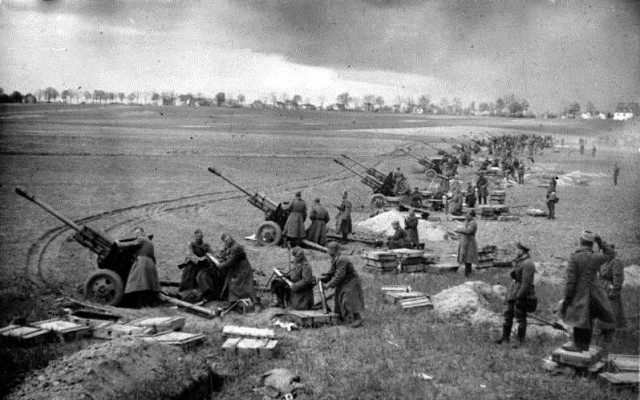 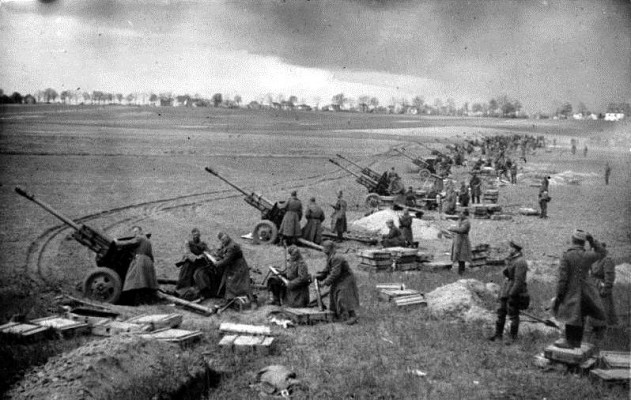 A number of ZiS-3 being used in the light artillery role. 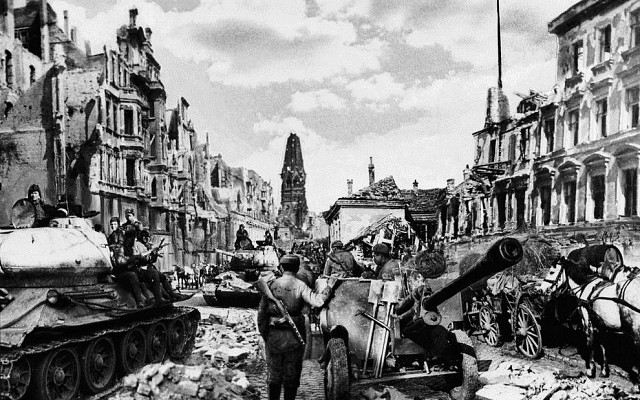 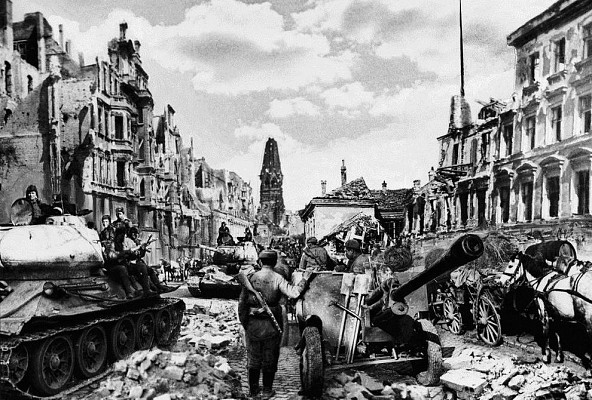 A Soviet ZiS-3 standing in the middle of the street in a ruined city. 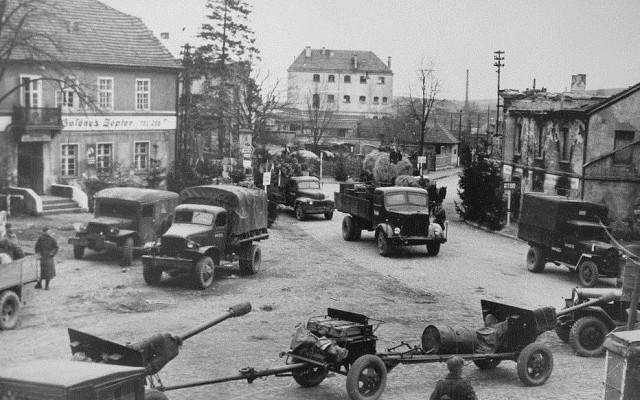 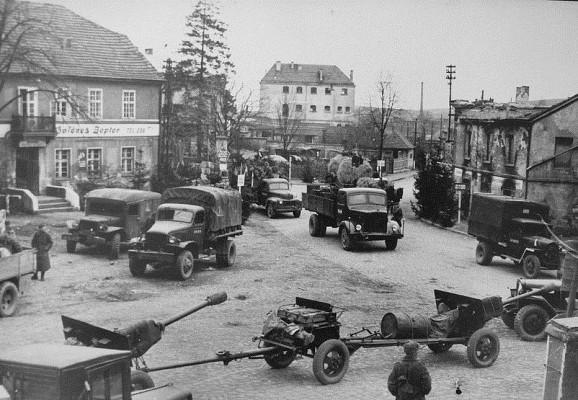 A number of ZiS-3 being towed through the streets of Dresden during World War 2. 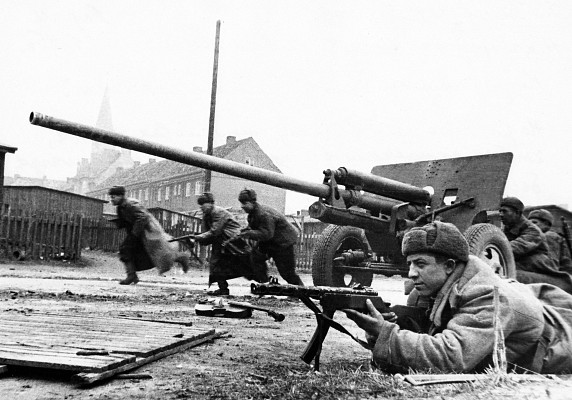 The ZiS-3 uses the same carriage as the ZiS-2 high velocity anti-tank gun.