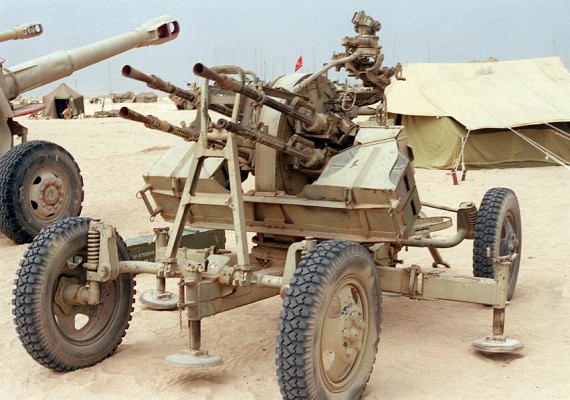 The ZPU-4 is an early Cold War era towed anti-aircraft gun of Soviet origin. Development started in the later stages of World War 2 and it was adopted in 1949. The smaller ZPU-2 was developed at the same time as the ZPU-4. The ZPU-4 has been produced under license in China as the Type 56 and in Romania as the MR-4.

The ZPU-4 is the largest version of the ZPU series of towed anti-aircraft guns. It is based on a four wheel chassis and is supported by four jacks when in the firing position. Four 14.5mm KPVT heavy machine guns are fitted, which are operated by a single person. The large volume of fire and stable firing platform made it the most effective version against aircraft, but present day the smaller ZPU-2 is valued as a better system to create makeshift gun trucks. 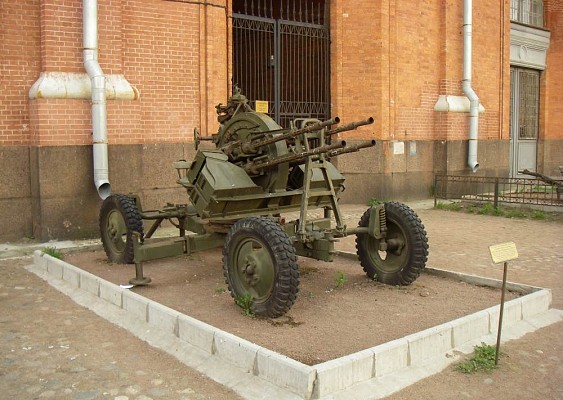 The KPVT heavy machine gun fires the 14.5x114mm round at a cyclic rate of fire of 600 rpm. The maximum effective anti-aircraft range is only 1.4 km, although its slant range is about 5 km. The ZPU-4 is very effective against ground targets due to its volume of fire and ability to pierce the armor of most Cold War era armored personnel carriers.

The ZPU-4 is rather mobile due to its limited weight and size. It can be manhandled over short distances and may be towed by light vehicles. A dedicated ZTPU-4 vehicle mount allowed installation in the BTR-152 armored personnel carrier, creating a self-propelled anti-aircraft gun.

The ZPU-4 was common in the USSR and Eastern Europe during the early stages of the Cold War. A direct copy was produced in China. In the USSR and Eastern Europe the ZPU-4 was replaced by the newer ZU-23. An while few remained during the later stages of the Cold War, the ZPU-4 was still in use in the Afghan war in the 1980's. Large quantities of ZPU-4 were exported to Asia, Africa and the Middle East and remain in widespread use. Many of these have been fitted to vehicles and are mainly intended for use against ground targets. British soldiers examine the contents of an Iraqi transport truck towing a ZPU-4 on the Basra-Kuwait Highway during Operation Desert Storm. Close-up of ZPU-4 towed anti-aircraft gun on display in a museum. 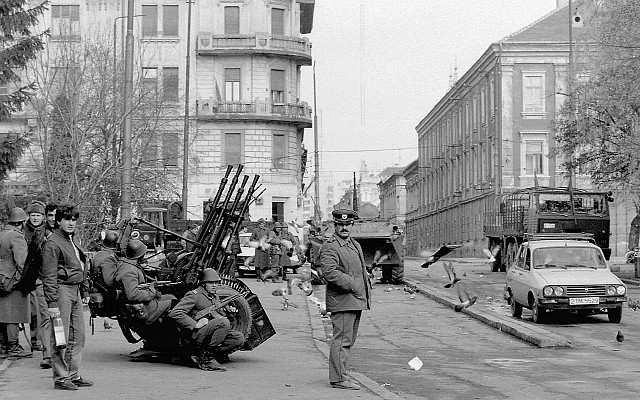 Romanian MR-4 anti-aircraft gun deployed during the Romanian revolution in 1989. ZPU-4 modified with armor mounted on the roof of a Lebanese M113A1 armored personnel carrier. 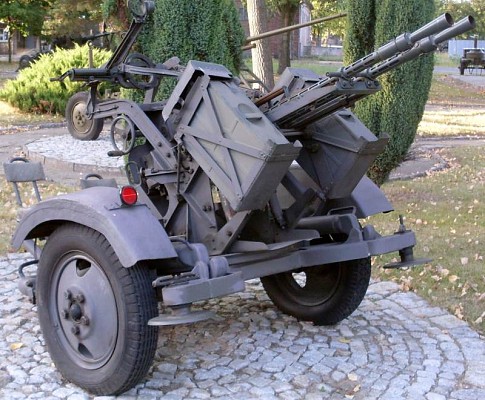 The ZPU-2 was introduced alongside the ZPU-2 as a lighter and more mobile variant.

In Soviet service the more capable twin barrel ZU-23 replaced the ZPU-4 in the 1960's.