The ZBD-03 is a modern airborne combat vehicle of Chinese origin. It was developed to provide airborne forces with significant firepower, good mobility and some degree of protection. In the mid 1990's China sought to acquire a number of Russian BMD-3, although it remains unclear if any were delivered.

The ZBD-03 incorporates many tried and tested design elements found in the Soviet/Russian BMD series of airborne combat vehicles. However, the ZBD-03 has a very different layout than its Soviet counterparts. The engine and drivetrain are mounted at the front, allowing for a crew compartment at the rear. The two man turret is armed with an autocannon and roof mounted anti-tank missile launcher. The armament is stabilized in both axis and fitted with thermal night vision system.

The main armament is the 30mm ZPT99A autocannon, which is derived from the Soviet 2A72. It is a double feed weapon and has armor piercing and high explosive rounds ready to fire. A 7.62mm Type 86 machine gun is mounted as coaxial weapon. The HJ-73C anti-tank guided missiles are cost effective and feature SACLOS guidance. Although unsuited to engage modern main battle tanks, the HJ-73C is effective against all other types of armored vehicles.

Protection is the area in which the ZBD-03 is lacking, since weight had to be kept at a minimum. The aluminum alloy armor protects the crew from small arms fire and shell splinters all around. It is possible that 7.62x51mm armor piercing rounds can penetrate the ZBD-03. Smoke grenade dischargers are fitted on either side of the turret. It is likely that a NBC system is present.

The most notable aspect of the ZBD-03's mobility is its ability to be airdropped by parachute from a transport aircraft. This allows the ZBD-03 to be quickly deployed alongside paratroopers. Alternatively, the ZBD-03 is transported by aircraft to a regular of makeshift airstrip. The hydropneumatic suspension allows the vehicle to be lowered in order to fit in the cargo hold. An Y-8 transport aircraft can carry two ZBD-03, while the Il-76 can carry four. A 210 hp diesel provides propulsion, resulting in a maximum road speed of 68 km/h. The ZBD-03 is amphibious, but not suited for amphibious landings.

The ZBD-03 is used by the airborne forces of the PLA Air Force. About 200 have been produced, with the vast majority as airborne infantry combat vehicles. Several variants have been developed, of which the command post vehicle is most common. An anti-tank version with more capable ATGM's was developed, as well as a flatbed cargo carrier with small crane. 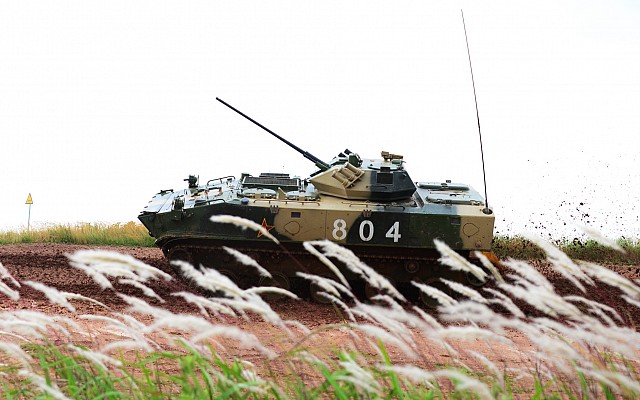 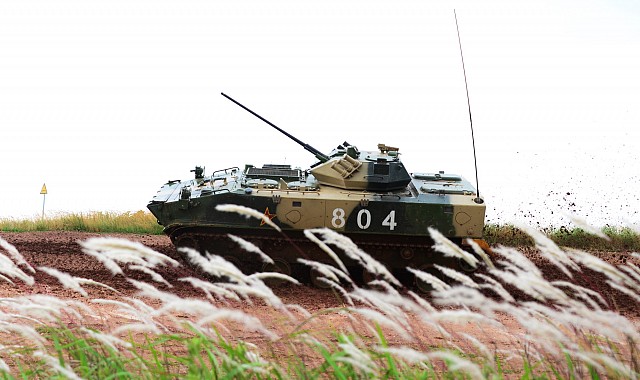 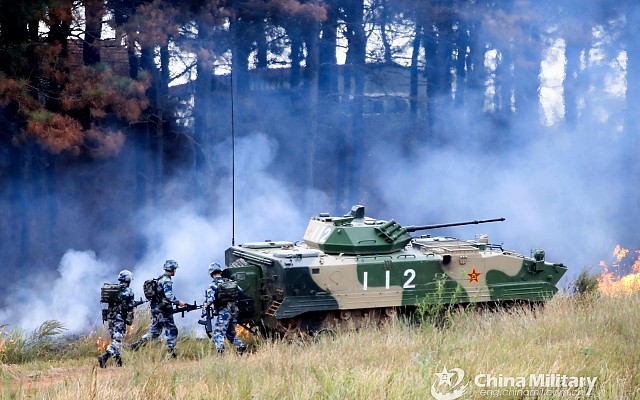 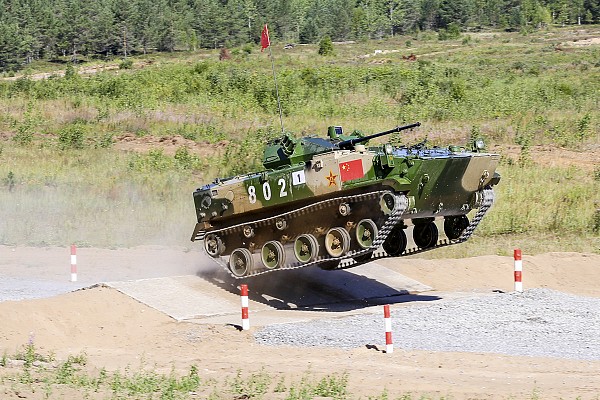 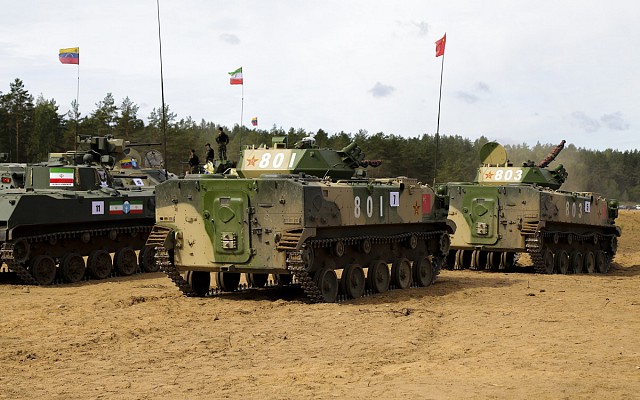 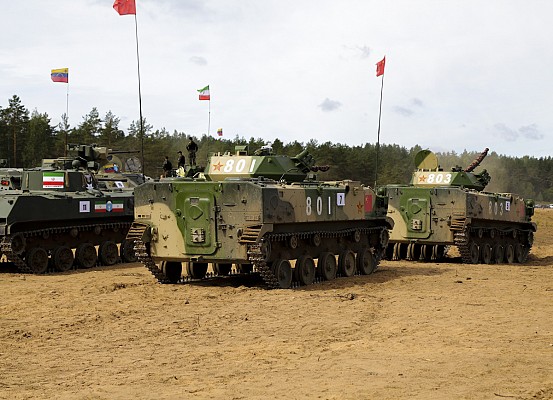 Chinese ZBD03 in mid air after crossing an obstacle at high speed. The main armament of the ZBD03 is the 30mm ZPT99A autocannon, which is derived from the Soviet 2A72.

Coaxial armament consists of a 7.62mm Type 86 machine gun, which is based on the Soviet PKT. The ZBD-03 incorporates some design elements found in Soviet/Russian airborne combat vehicles. In the mid 1990's China negotiated a deal for 80 Russian BMD-3, although it remains unclear if any were delivered.