The BMD-3 is a mechanized infantry combat vehicle of Soviet origin. It was developed in the early to mid 1980's as a next generation airborne combat vehicle. Development took place at the same time as the BMP-3. A high level of parts commonality between BMD-3 and BMP-3 was envisioned. The 100mm 2A70 low pressure cannon was considered, but would result in only two vehicles carried by strategic airlifters, instead of three when using the BMP-2 turret. The more recent BMD-4 does have the 100mm 2A70 cannon.

The BMD-3 features a lightweight aluminum hull and variable height hydropneumatic suspension in order to make it suitable for airlifting. Compared to the earlier BMD-1 and -2 the BMD-3 is a larger vehicle. The two man turret and tripple ammunition load make it more combat effective. The driver is seated at the front. On either side of the driver one of the infantrymen serves as a bow gunner. The two man turret and passenger compartment are located in the middle. The engine is located at the rear and the passengers dismount over the engine compartment.

The main armament is similar to the BMP-2 since both vehicles use the same turret. The main armament is the powerful 30mm 2A42 dual feed autocannon. It has a cyclic rate of fire of either 200 to 300 rounds per minute or 550 rounds per minute. The latter fire mode is hardly used. The effective range is 1.5 km against vehicles and about 2.5 km against slow moving helicopters and soft targets. A 7.62mm PKT machine gun is mounted as a coaxial weapon. Additionally there is a 9P135 missile launcher on the roof which is able to fire both 9M113 Konkurs (AT-5 Spandrel) and 9M111 Fagot (AT-4 Spigot) anti-tank missiles. On either side of the bow there is a weapon, which is operated by the infantry. On the left there is a 30mm AGS-17 automatic grenade launcher, on the right side a RPK-74M is fitted. It is likely both weapons can be used away from the vehicle.

The BMD-3 has an aluminum hull and steel turret. The weight limitations make that the protection level is similar to an armored personnel carrier. Over the frontal arc the armor is rated to protect against 12.7mm rounds. There is all around protection against small arms fire and shell splinters. There are three smoke grenade launchers on either side of the turret.

The BMD-3 has a good mobility. The tracked chassis provides the BMD-3 with a good cross country performance. On roads the maximum speed is over 70 km/h. The 450 hp diesel engine provides a high power to weight ratio, making it rather mobile in the field. The BMD-3 is fully amphibious. 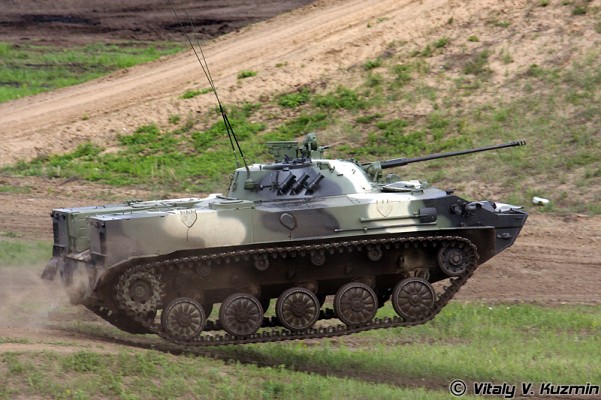 Right side view of a BMD-3 in mid air.

The BMD-3 was adopted by Russian forces to supplement and replace some of the BMD-1P and BMD-2. Apparently the BMD-3 is used only by airborne troops, not naval infantry. Due to the economic situation the 1990's only about 140 BMD-3's were produced. A small number of ex-Russian vehicles was exported to Angola. 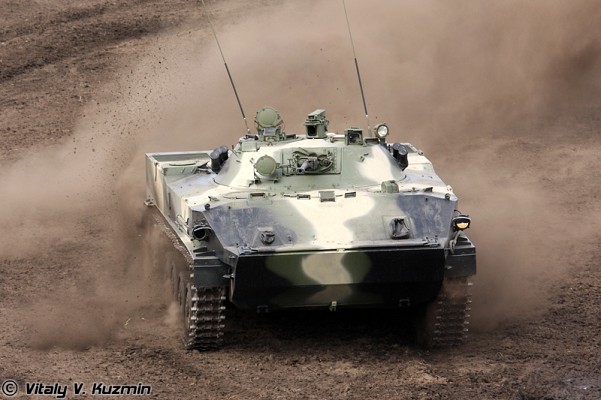 Forward view of BMD-3 on the move. Note the BMP-2 style turret. 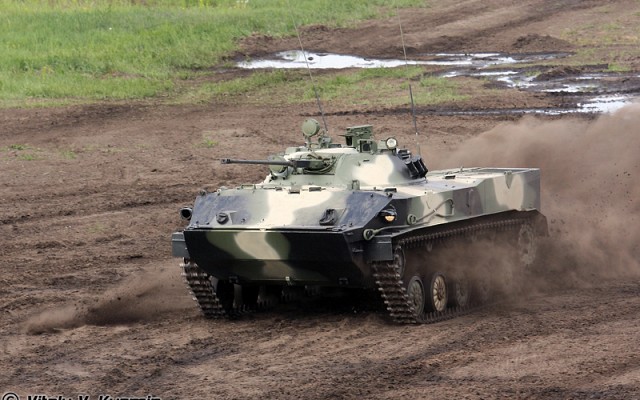 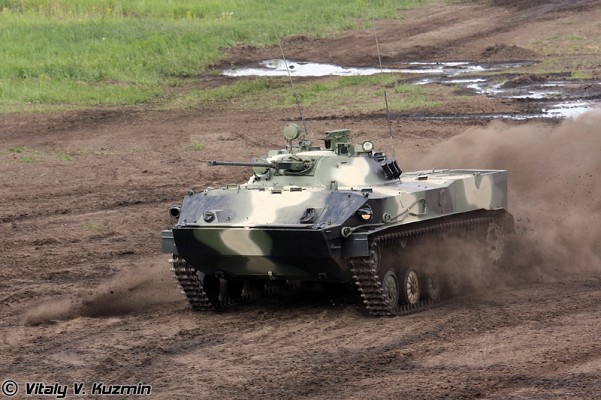 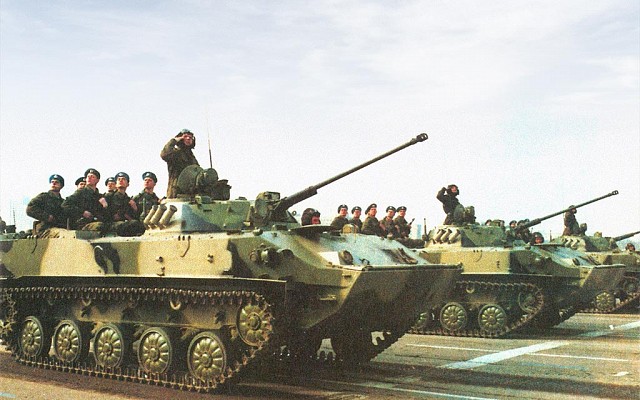 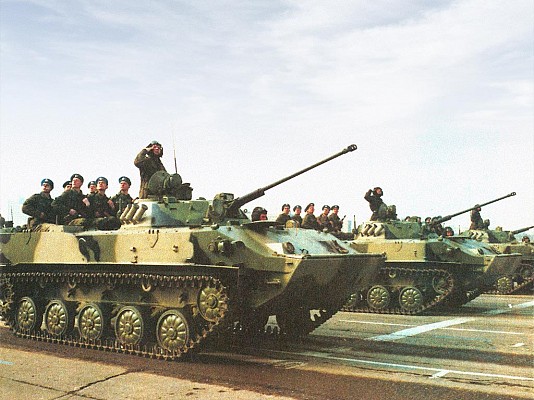 Several BMD-3 on parade with Russian airborne troops in the 1990's. 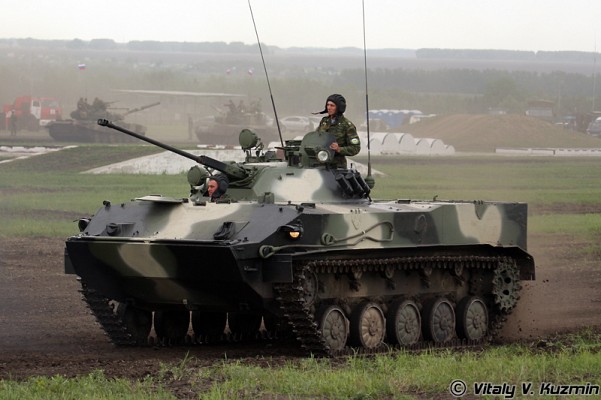 Variants of the BMD-3

BMD-3: Baseline airborne combat vehicle. Nearly all vehicles were produced as this variant.

A 7.62mm PKT machine gun is mounted as coaxial weapon alongside the 2A42.

A roof mounted launcher for the 9M113 Konkurs anti-tank missile allows the BMD-3 to engage main battle tanks. The operator is partially exposed when operating the launcher. 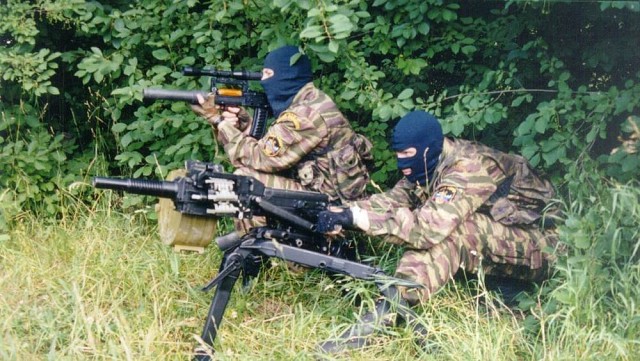 The AGS-17 30mm automatic grenade launcher is fitted as a bow mounted weapon in the hull of the BMD-3.

The BMD-3 airborne combat vehicle is fitted with the same turret as used on the late model BMP-2.

The Chinese ZBD03 was developed after China sought to acquire the Russian BMD-3. ZBD03 has various similar design elements, but is a Chinese development with a very different layout.