The PLZ89 is based on a new tracked chassis that is derived from the Type 77 armored personnel carrier. The crew of five consists of a commander, driver, gunner and two loaders. The engine is mounted at the front right and the driver is seated at the left. The turret is fitted at the rear of the vehicle.

The 122mm howitzer is derived from the D-30 and has a similar performance. The maximum rate of fire is 6 to 8 rounds per minute. Standard ammunition is fired out to 15km and special base bleed ammunition out to 21km. A total of 40 rounds of 122mm ammunition are carried. For self defense a 12.7mm QJC88 machine gun is mounted on the turret roof.

The PLZ89 is operated under full armor protection. The aluminum hull and turret armor protects the crew from small arms fire and shell splinters. NBC and fire suppression systems are fitted. A total of 8 smoke dischargers are fitted at the turret sides.

The PLZ89 is based on a tracked chassis and has a reasonable cross country performance. A 450hp diesel engine provides propulsion. There is no mention of an auxiliary power unit. The PLZ89 is amphibious when assisted by flotation devices.

The PLZ89 is fielded with the Chinese armed forces since the late 1990's. The PLZ89 was to become the standard 122mm self-propelled howitzer. No exports are reported. 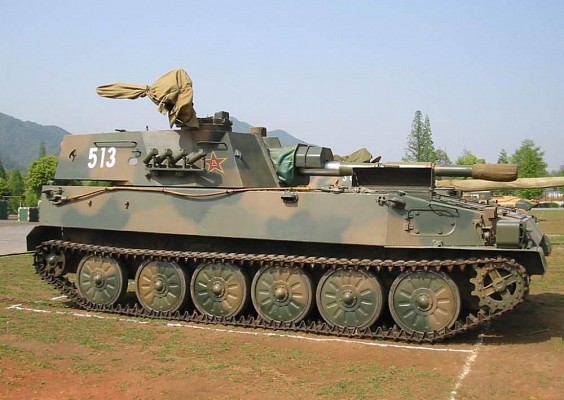 The PLZ89 is a tracked self-propelled howitzer of Chinese. Only a single version exists. The PLZ89 has a conventional layout with the driver and engine in the front of the hull and the turret with the other four crew members at the rear of the hull. The armament consists of a 122mm D-30 howitzer and a 12.7mm QJC88 heavy machinegun for self-defense. 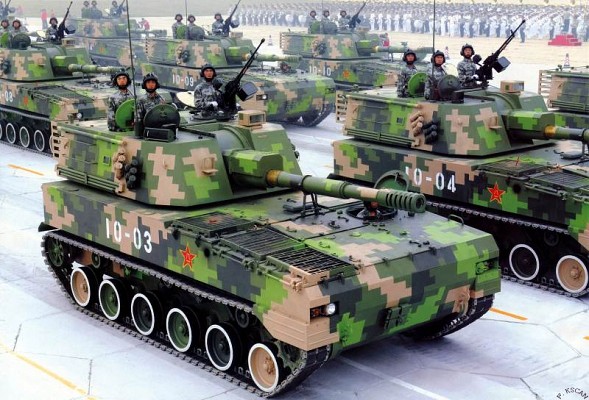 The PLZ07 was developed to supplement and replace the PLZ89. Both vehicles feature the same 122mm ordnance.

The QJC88 is fitted as secondary armament on the turret roof.