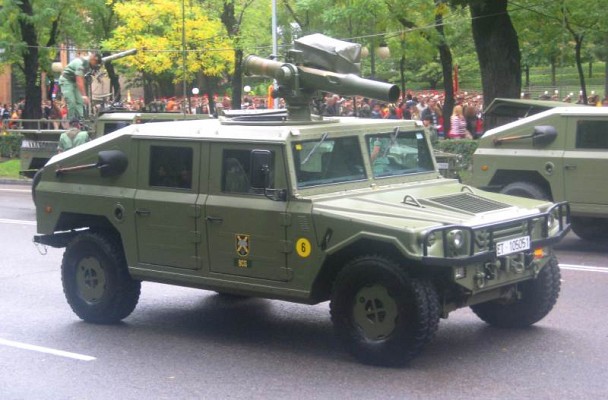 The VAMTAC is a modern era armored patrol vehicle of Spanish origin. The design has been based on the uparmored models of the HMMWV family.

The VAMTAC has a similar layout as the HMMWV weapons carriers. It has a four door body with sloped rear cargo compartment. As with the HMMWV the VAMTAC is also available as a chassis cab model with two or four doors. This may be fitted with a variety of rear bodies such as weapons platform, shelter and ambulance body.

The VAMTAC is usually armed with a pintle mounted 12.7mm M2HB heavy machine gun. In the anti-tank role a Milan or TOW launcher is fitted. It is also used as platform for the Mistral surface to air missile. In foreign service various weapons are fitted, such as FN MAG, DShK and even ZPU 14.5mm anti-aircraft guns.

The armor protects the crew from small arms fire and shell splinters. Since the armament is pintle mounted, often without gun shield, the gunner is partially or fully exposed.

The 4x4 chassis provides a good mobility on roads and in the field. A 166 hp or 188 hp diesel engine provides propulsion. The maximum road speed is very high at 135 km/h.

Spain is the major user of the VAMTAC having received about 2.100 of the first 2.300 produced vehicles. The VAMTAC has been exported to various nations. Morocco assembles it under license as the Atlas. Current production numbers over 4.500 vehicles. The standard model of the VAMTAC is the infantry mobility variant which can be used in a number of roles. It can be fitted with a pintle mounted 12.7mm M2HB heavy machine gun, Milan launcher or TOW launcher. 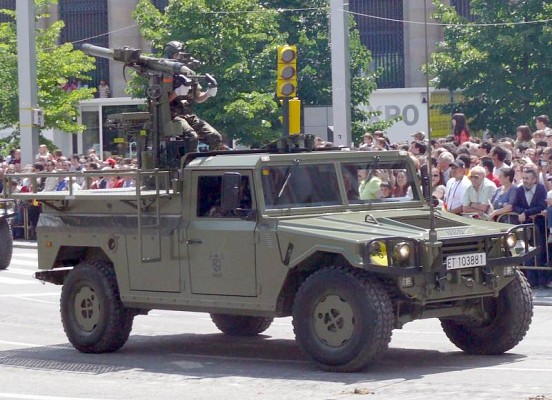 The chassis cab version of the VAMTAC acts as a sort of pickup truck with armored crew compartment and usually unarmored rear compartment. It is available with two door cab, compact four door cab with small rear bench and full size four door model. A variety of models have been produced. 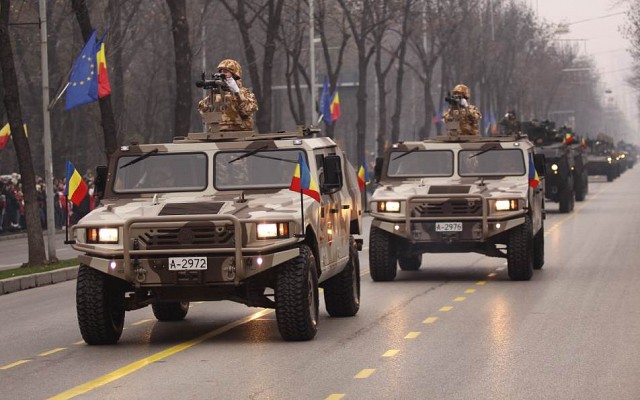 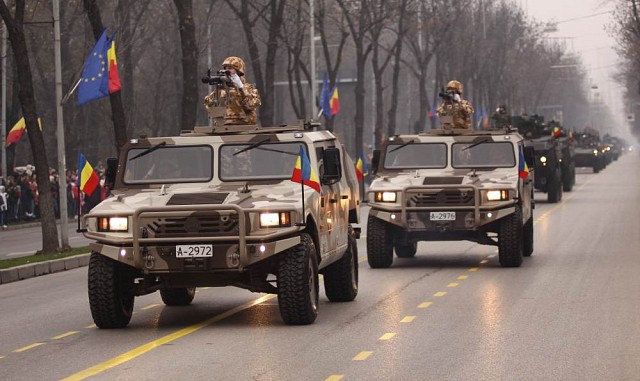 Two Romanian VAMTAC with 12.7mm DShK in a public parade. 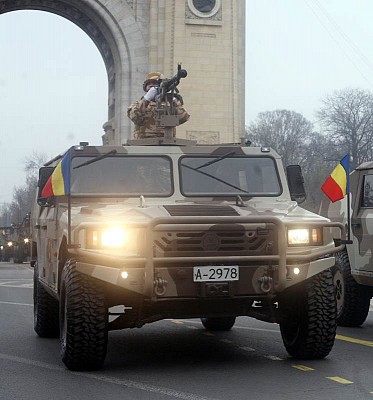 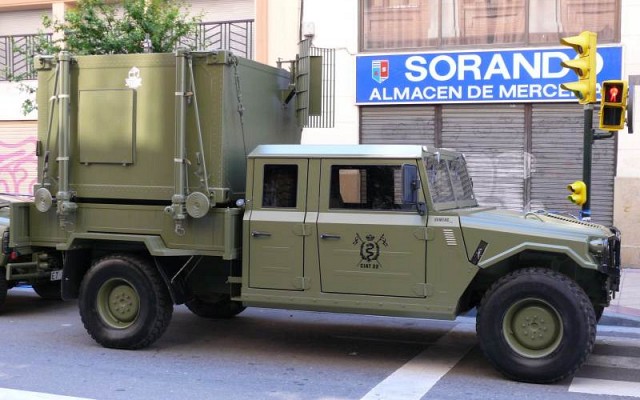 Source: Oscar in the middle 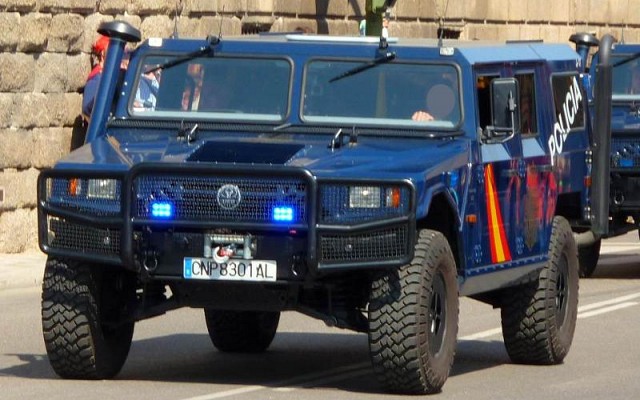 A VAMTAC with the Spanish national police UIP special unit. 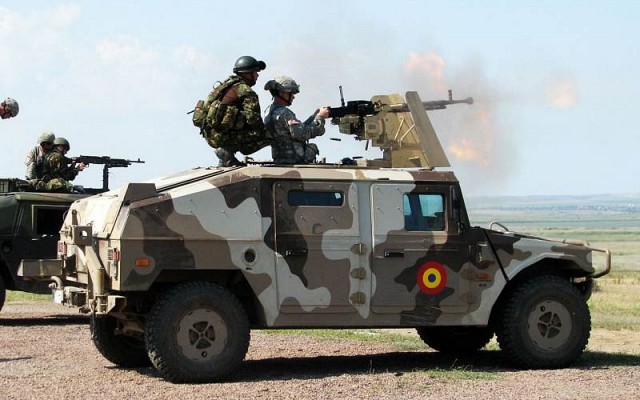 US soldier firing a 12.7mm DShK on a Romanian VAMTAC. VAMTAC in use with GEO in counter terrorism role.

Many vehicles in Spanish service are armed with the 12.7mm M2HB heavy machine gun on a pintle mount. In Spanish service the VAMTAC is used as weapons carrier for the TOW missile. In Spanish service the Mistral SATCP launcher is carried on the chassis cab variant of the VAMTAC.

VAMTAC in Romanian service is armed with the 12.7mm DShKM heavy machine gun with gun shield. The Mk 19 automatic grenade launcher can be fitted, and is for instance used in Malaysia.