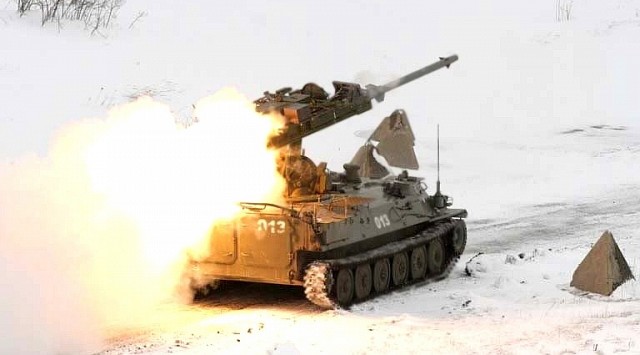 The 9K35 Strela-10 is a late Cold War era self-propelled SAM system of Soviet origin. In the West this system is known by its NATO reporting SA-13 Gopher. The 9K35 can be seen as a much improved version of the earlier 9K31 Strela-1 (NATO: SA-9 Gaskin) system it was designed to replace.

The 9K35 is based on the MT-LB tracked amphibious chassis. The driver and commander are seated in the front, the engine is in the middle and the turret in the rear. The launcher is similar to the one on the 9K31, but has been fitted with a ranging radar and is able to fire the larger and much improved 9M37 missiles.

The 9K35 is fitted with a launcher for four Strela-10 missiles. The earlier 9M31 missiles of the Strela-1 system can also be fired. The 9M37 missiles feature an infra-red seeker of much higher quality than the earlier 9M31 missiles. The maximum effective range is 5 km and the maximum altitude is 3 km. For self-defense a 7.62mm PKT machine gun can be mounted at the commander's position.

The MT-LB chassis provides a good cross country mobility and reasonable road speed of up to 62 km/h. A 240 hp diesel engine provides propulsion. The 9K35 is fully amphibious.

The steel armor protects against small arms fire and shell splinters. The 9K35 is operated under full armor protection, except for reloading the missiles. An NBC system is fitted while smoke grenade dischargers are not.

The 9K35 has replaced the earlier 9K31 in Russia and most Eastern European nations. It is also widely used in the Middle East. 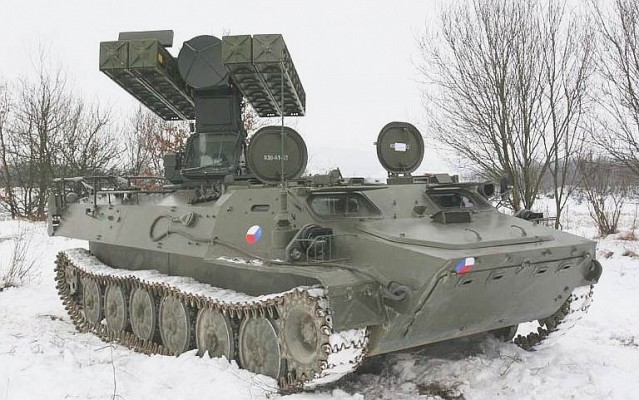 The 9K35 Strela-10, which has the NATO designation SA-13 Gopher, is a self-propelled short range SAM system. It is based on the MT-LB tracked amphibious chassis. Four versions of the launch vehicle were created, which differ only in minor details and equipment associated with improved missiles. 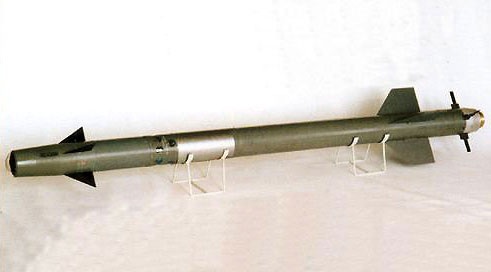 9M37
The 9M37 is an enlarged and more capable version of the earlier 9M31 missile and is fitted with an improved infra-red seeker. The missile has a conventional layout with the seeker in the front, followed by the warhead and the rocket engine. It is transported and launched from a ribbed container.
9M37M / MD
Improved 9M37 that features a further improved infra-red seeker. The 9M37MD is a 9M37M missile fitted with a heavier and more capable warhead.
9M333
The 9M333 is the latest missile for the 9K35 system and is a further improvement of the 9M37MD. It features a dual mode seeker with photo contrast and passive infra-red guidance. The 9M333 has a much better resistance to flares and decoys and is able to lock on to smaller targets such as UAV's and cruise missiles. 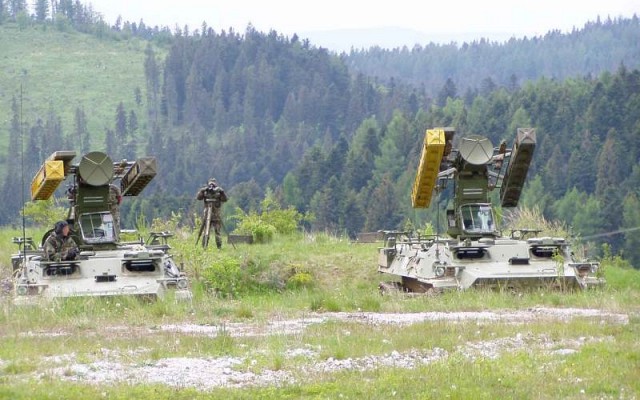 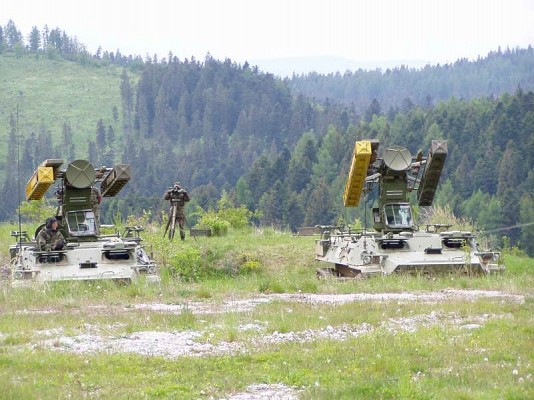 Two Strela-10 side by side in a firing position. 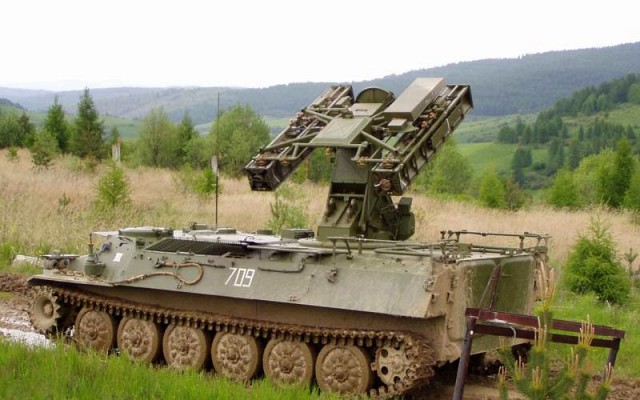 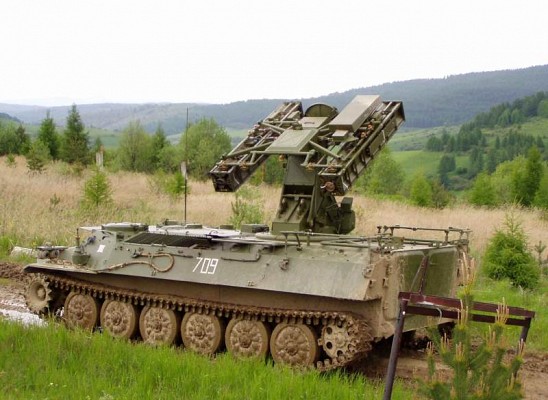 Rear view of Strela-10 with launcher in raised position and traversed to the right. 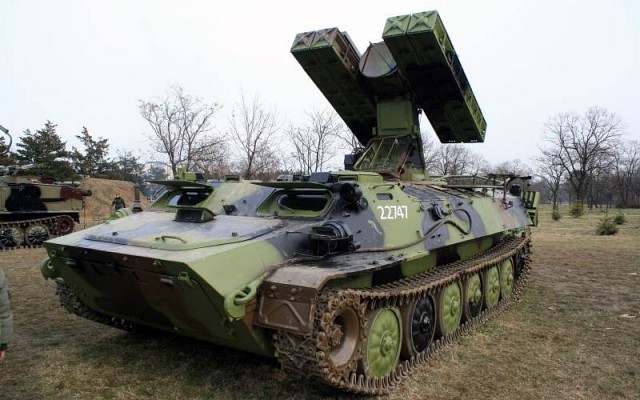 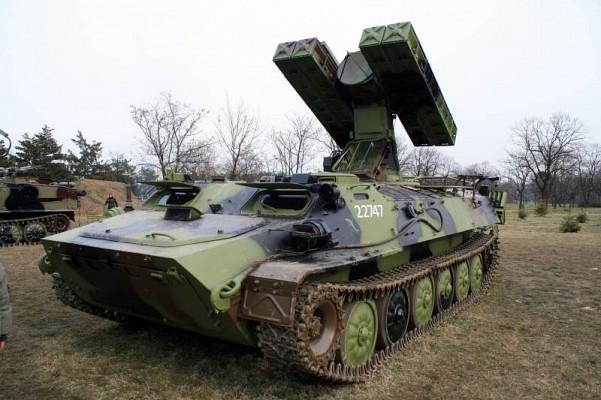 Forward view of Strela-10 with launcher in raised position. 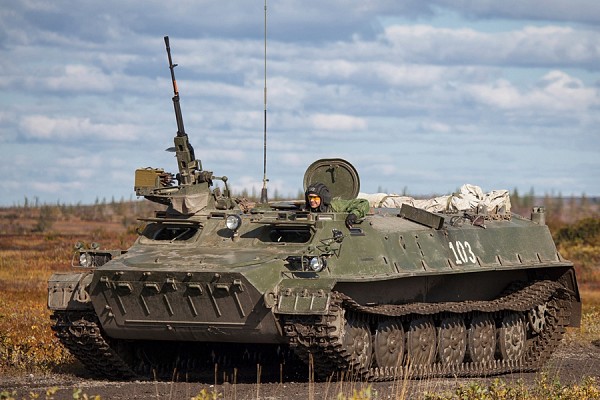 The Strela-10 self-propelled SAM system is based on the MT-LB tracked chassis..