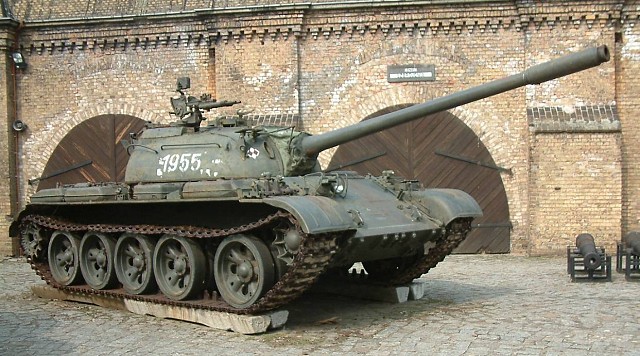 The T-55 is an early Cold War era main battle tank of Soviet origin. It is a produced improved T-54 that was produced in large numbers for Soviet forces. The T-55 is an iconic vehicle of the Cold War era, and one of the few vehicles from that age that remain is active frontline service around the world, albeit often as a second line vehicle.

The T-55 is a further development of the T-54 tank. The T-55 was optimized for the nuclear battlefield by fitting an NBC system and contained various minor upgrades over the T-55. Externally the T-55 looks quite similar to its predecessor. Ergonomics are improved by adding a turret floor, central NBC system and main gun stabilized in both axis.

The main armament of the T-55 is the 100mm D-10T2S rifled main gun. This gun is manually loaded and stabilized in both axis. Ammunition types include sabot, HEAT and HE-fragmentation. A total of 45 shells are carried, 11 more than on the T-54, which are stored in hull stowage that doubles as fuel tank. A 7.62mm PKT coaxial machine gun is fitted. The 12.7mm DShKM heavy machine gun was omitted at first since it was of limited use against jet aircraft. With American forces introducing helicopters in large numbers during the Vietnam war the DShKM was re-introduced.

The T-55 has a welded steel hull and cast dome turret. The armor protection is similar as the late model T-54. There are no side skirts or smoke grenade dischargers. Smoke can be generated by injecting diesel fuel in the exhaust. The NBC protection was significantly improved by adding an over pressure system with central filtration.

The T-55 has V-55 V12 diesel engine that produces 580 hp. The tracks provide good off road performance. Maximum speed is 50 km/h on roads. The T-55 can ford shallow water or cross rivers while fully submerged and using a snorkel. 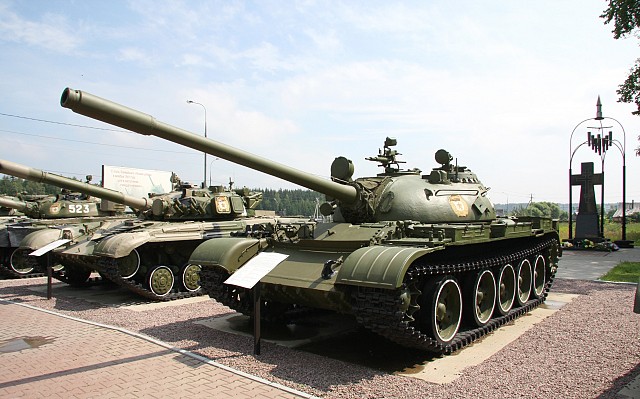 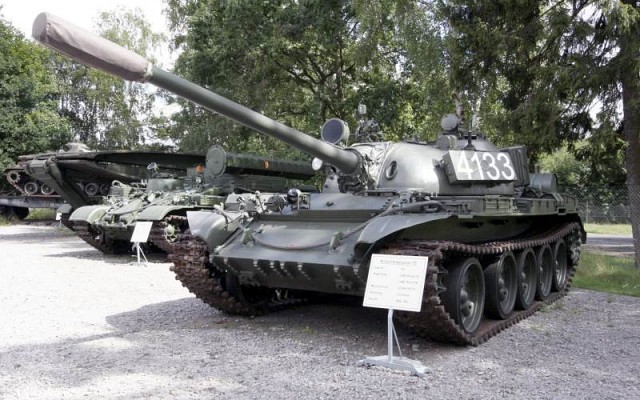 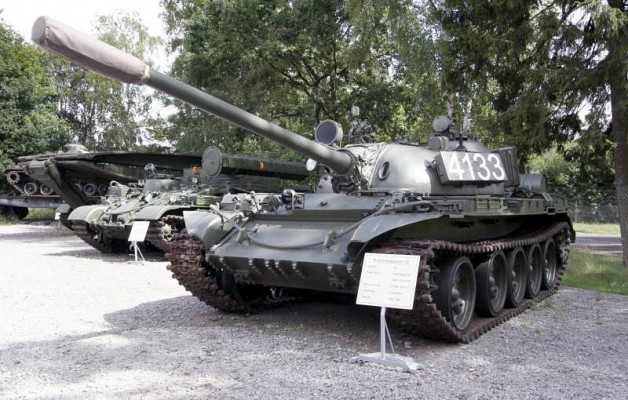 An East German T-55 with additional stowage boxes on turret and a mount for the DShKM on the turret roof. 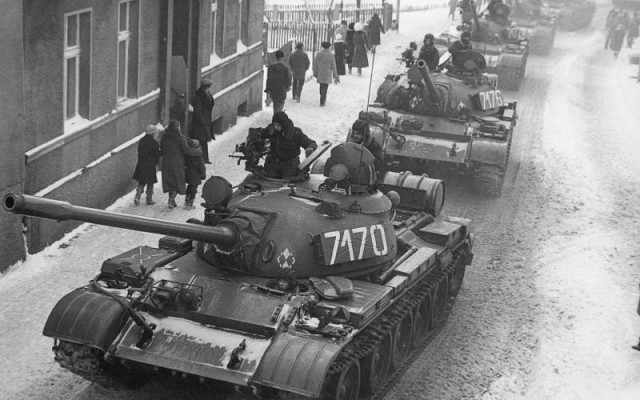 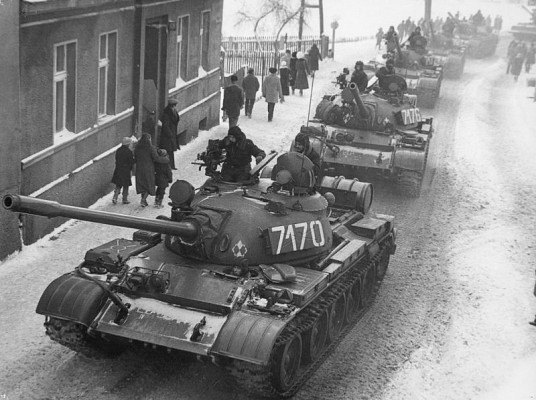 A column of Polish T-55 tanks headed by a T-55A. This photo was taken during the Cold War. 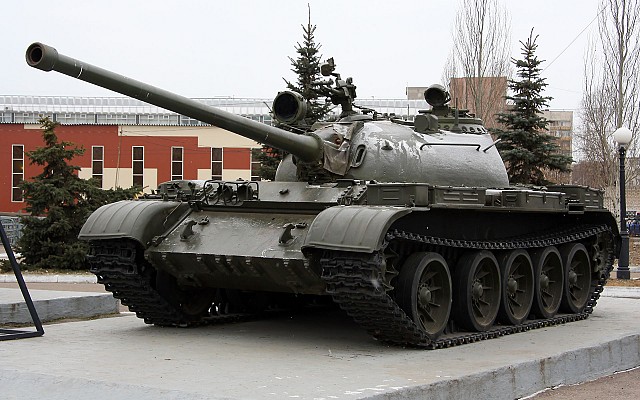 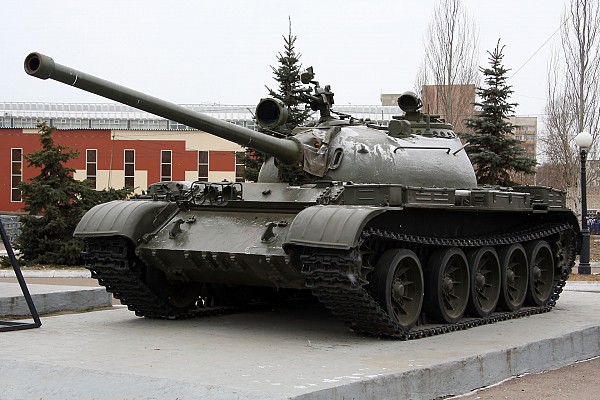 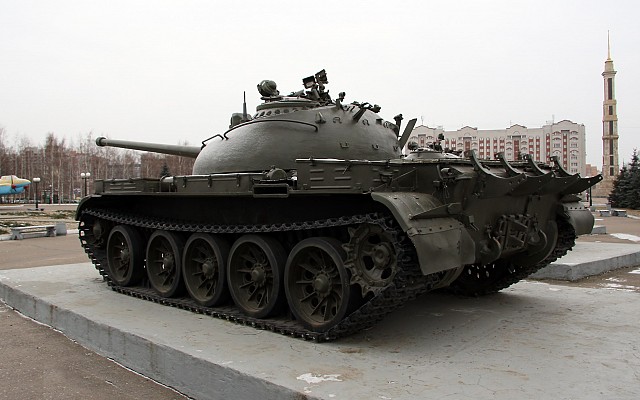 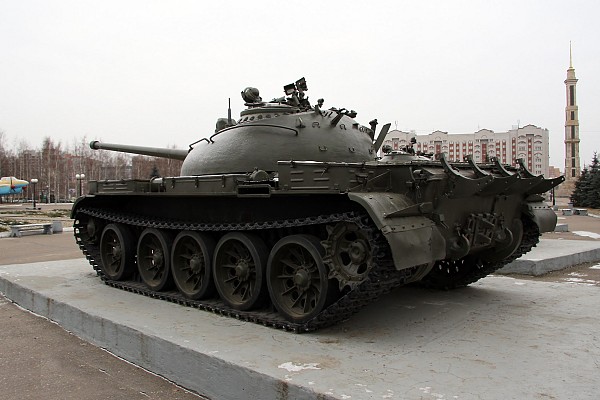 Upgrades of the T-55 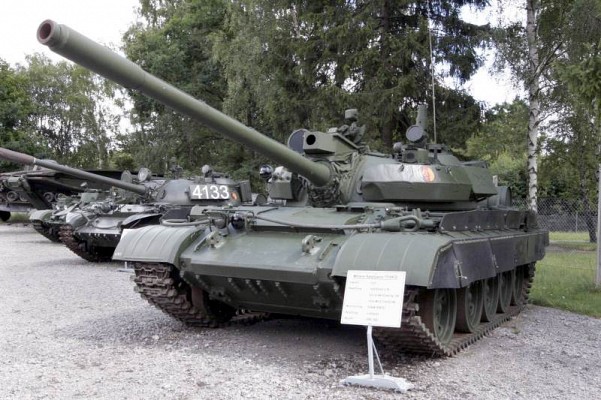 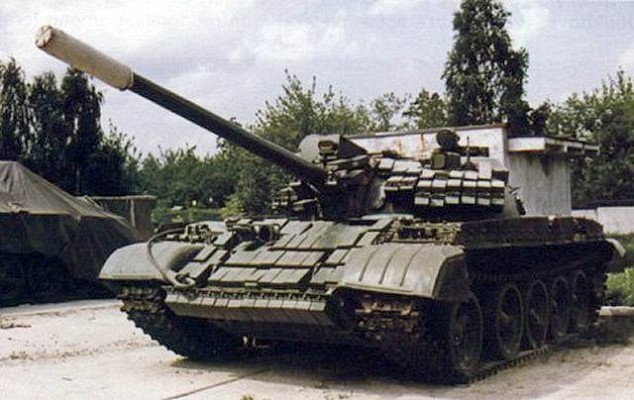 Deep modernization with many of the elements of the T-55AM. However, Kontakt-1 ERA is fitted instead of applique armor.

Specialist vehicles based on T-55 chassis

Soviet flamethrower tank based on the T-55.

Read more about TO-55 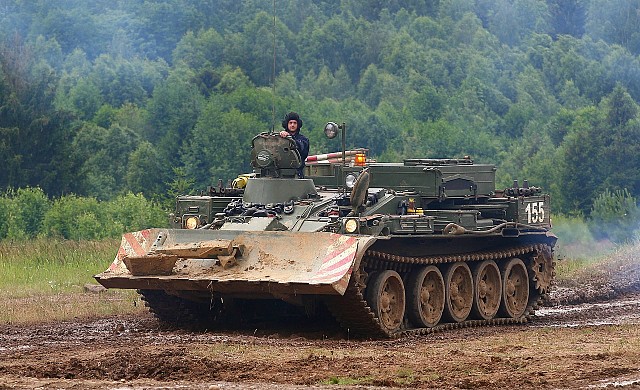 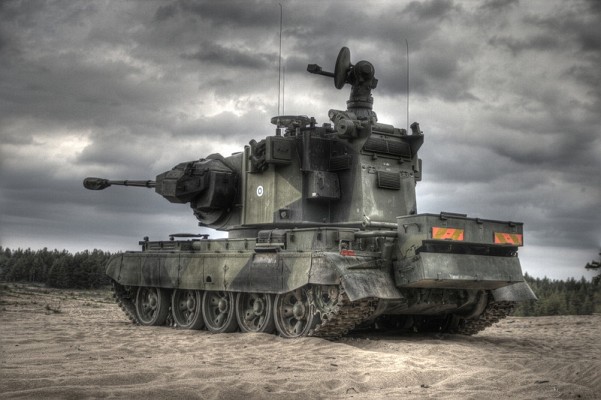