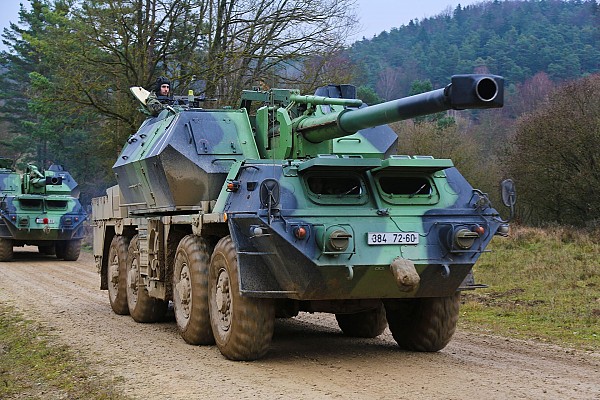 The Dana is a wheeled 152mm self-propelled howitzer of Czechoslovak origin. The Dana was developed in the 1970's and was accepted for service in 1981. Dana is an abbreviation that stands for Dělo Automobilní Nabíjené Automaticky, which translates to "self-propelled auto-loading gun". In Czech service it is known as the "Samohybná Kanónová Húfnica (ShKH) vzor 77", or "self-propelled gun howitzer model 77".

The Dana is based on the heavy duty Tatra T815 8x8 tactical truck. The driver's cab is mounted at the front, the turret in the middle and the engine at the rear. The turret consists of two parts with the ordnance mounted in between. A loading system is fitted, which is able to feed shells and propellant at any angle. Three jacks are lowered to provide a stable firing platform. The crew of five consists of a commander, driver, gunner and two loaders.

The Dana is armed with a 37-caliber 152mm howitzer that fires the same type of ammunition as the Soviet D-20 and 2S3 Akatsiysa. With standard ammunition a range of 18.7 km is achieved. Base bleed rounds can be used out to 28.2km. The automatic loading system allows for a maximum rate of fire of 5 rounds per minute. A total of 60 rounds are carried in the vehicle. A 12.7mm DShKM or NSV heavy machine gun is fitted on the turret roof for self-defense.

The Dana is operated from under full armor protection. The steel hull protects the crew from small arms fire and shell splinters. NBC protection is fitted as standard.

The Dana has a good cross country performance due to its 8x8 heavy duty chassis. Only in the toughest terrain it loses out to tracked designs. The wheeled chassis also gives the Dana a high road speed. A Tatra 345 hp diesel engine provides propulsion.

The Dana is used by a few Eastern European nations and was exported to Libya. Well over 800 units have been produced. Many of these remain in service today. Several companies have developed upgrade packages to prolong service life and increase its capabilities. 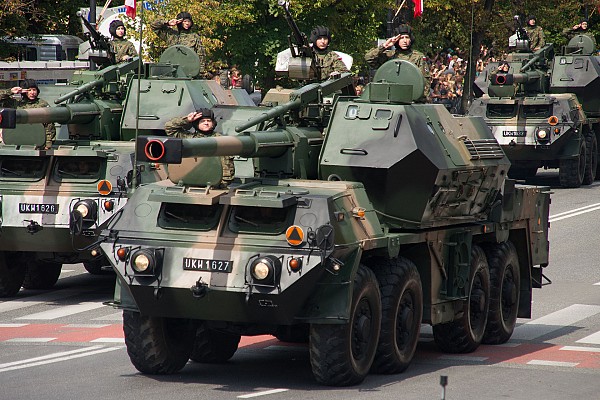 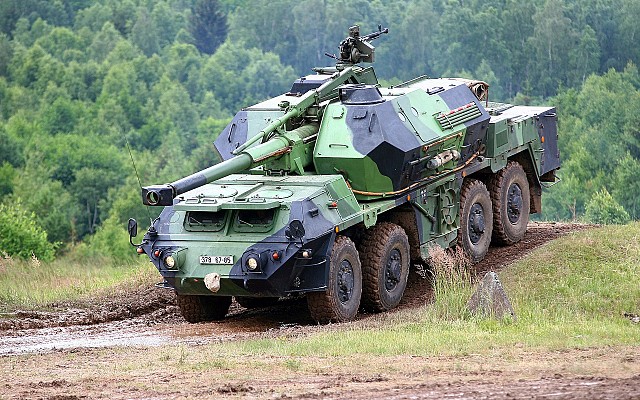 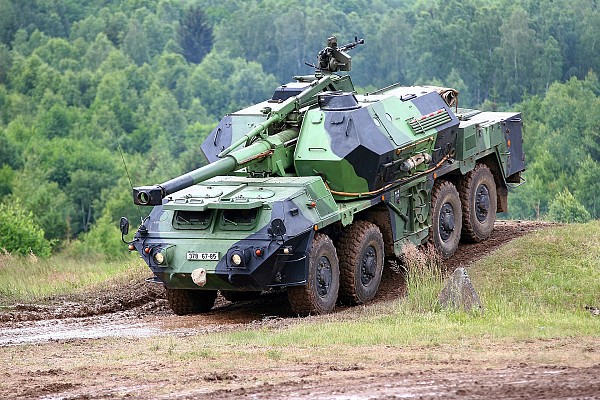 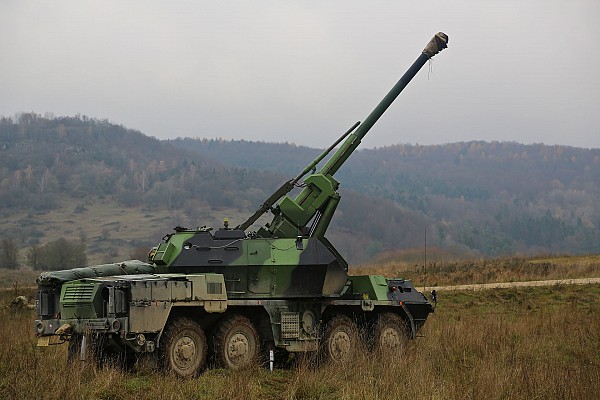 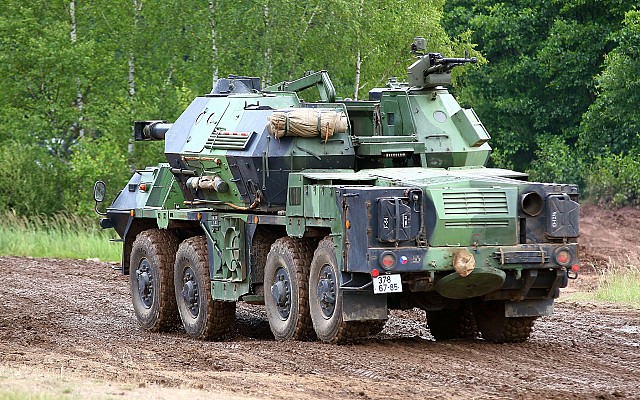 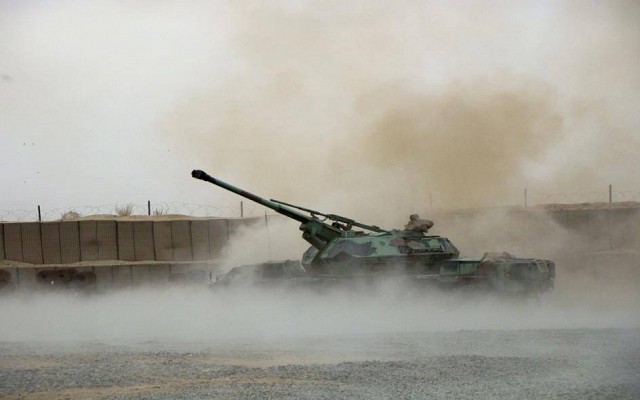 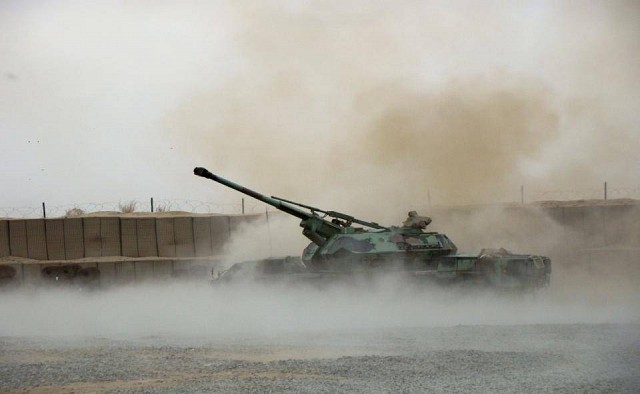 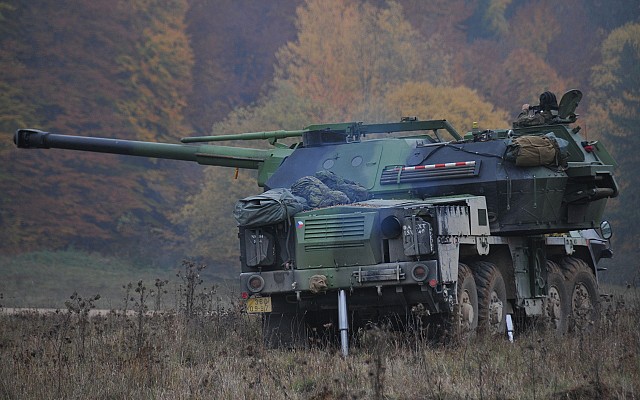 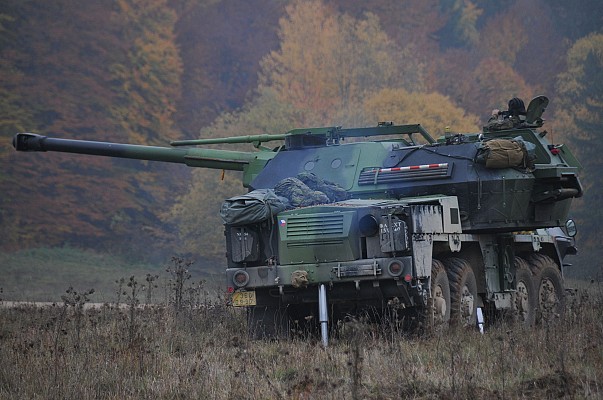 Rear view of Czech army Dana with turret traversed to the left.

The ordnance of the Dana is similar to the Soviet D-20 towed gun. The same range of ammunition is used, improving logistics of Warsaw Pact and Soviet forces.

For self-defense a 12.7mm DShKM heavy machine gun is fitted on the turret roof.