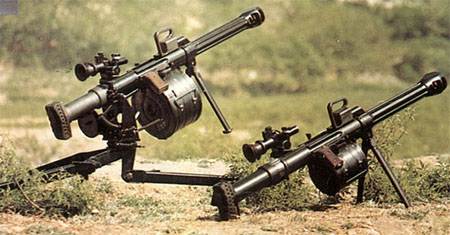 The QLZ-87 in both portable and crew served setups.
Source: www.sinodefense.com - © copyright lies with original owner

The QLZ-87 is grenade launcher of Chinese origin. It was developed in the 1980's and derived from the experimental W-87. The combination of a shoulder fired grenade launcher and high velocity grenades is unique. This indicates that portability was favored over sustained firepower.

The QLZ-87 is blowback operated weapon with the barrel and receiver together forming a long cylinder. A box or drum magazine is inserted below, the pistol grip is located on the right and a rubber butt pad is fitted. The QLZ-87 is normally aimed using an optical sight, but back-up iron sights are present. The 35mm high velocity grenades were specifically developed for this weapon. In the crew served role a lightweight tripod is added.

The QLZ-87 fires 35mm grenades from 6 round box or 15 round drum magazines. From the shoulder it is used semi-automatically since the 500 rpm automatic fire only makes sense when tripod mounted. The maximum range is 600 m from the shoulder and 1.75 km on a tripod. Effective range on the bipod is quoted as 1.2 km. Unlike most Western high velocity grenades those used in the QLZ-87 are single purpose. The AP round penetrates up to 80mm steel and the HE round has a fragmentation range of 9 meters. These individual figures are better than the US 40mm dual purpose grenades, but having to change ammunition depending on target is a drawback.

The QLZ-87 has been adopted by Chinese forces and has been exported to several nations, most of them in Africa. The QLZ-87 has been supplemented by the belt fed QLZ-04 grenade launcher, which is a more capable alternative in the crew served and vehicle mounted role. 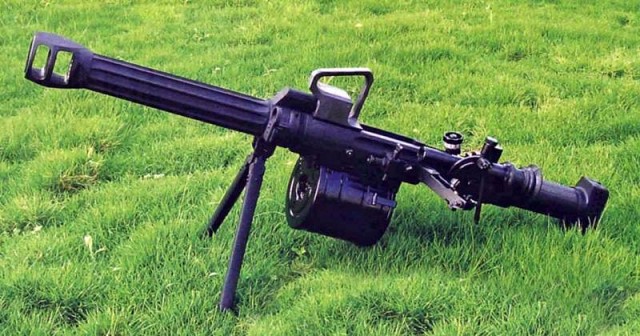 Standard version of the QLZ-87. Man portable and normally fired from the bipod or alternatively from the shoulder. Usually fitted with 6 round magazine and fired semi-automatic only. 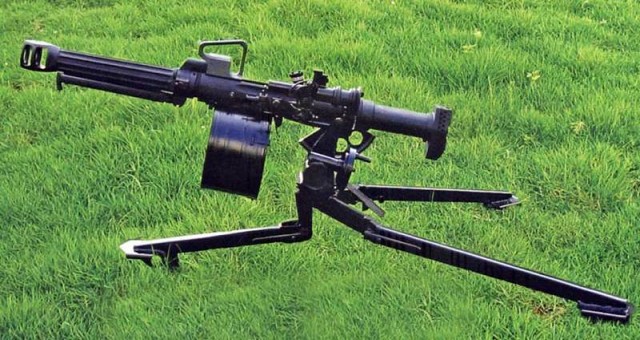 Crew served version of QLZ-87 which mounts the standard version on a light tripod. Usually fitted with 15 round magazine and fired fully automatic.

The Type W87 was an experimental weapon that led to the design of the QLZ-87. Was produced in small numbers. The W87 is easily identified by its fixed wooden stock, carrying handle, large slotted muzzle brake and rear and low mounted pistol grip. Also a larger tripod is fitted when used as a crew served weapon. Due to the lower muzzle velocity the maximum range is 1.5 km. 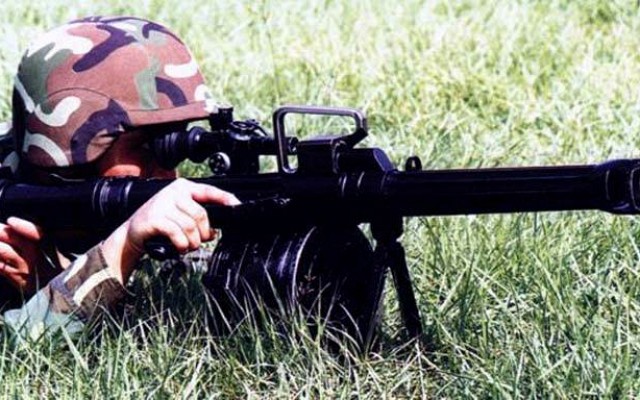 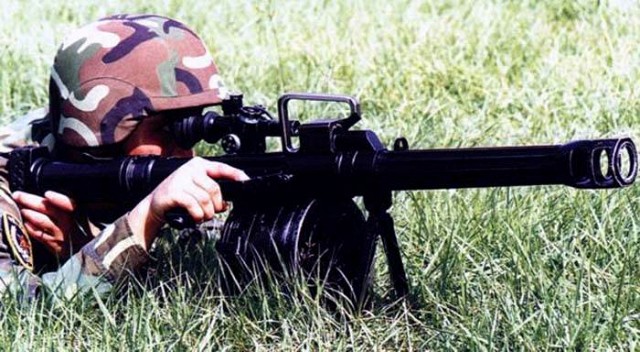 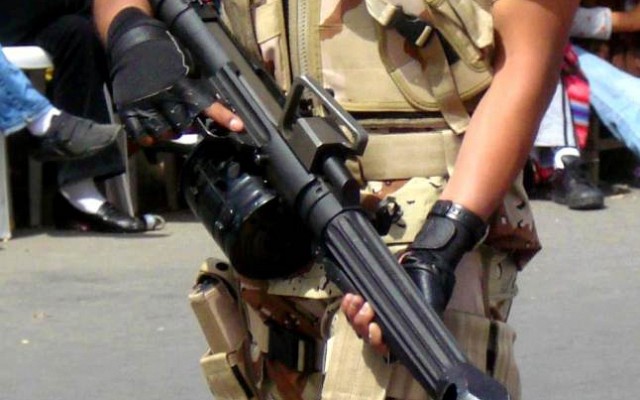 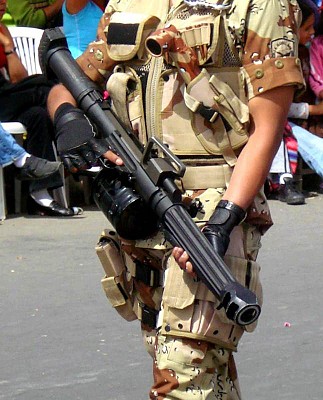 A QLZ-87 carried by a member of the Bolivian military. 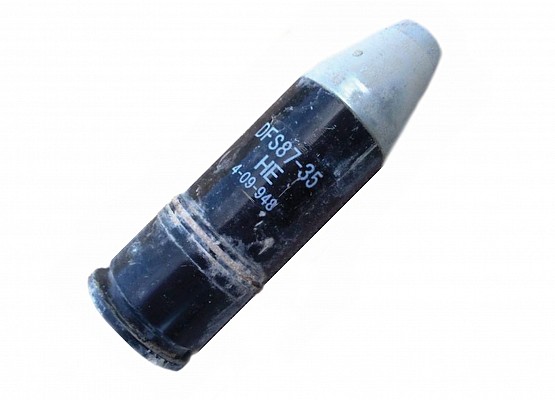 The QLZ87 was the first grenade launcher chambered for the 35x32mm range of high velocity grenades. 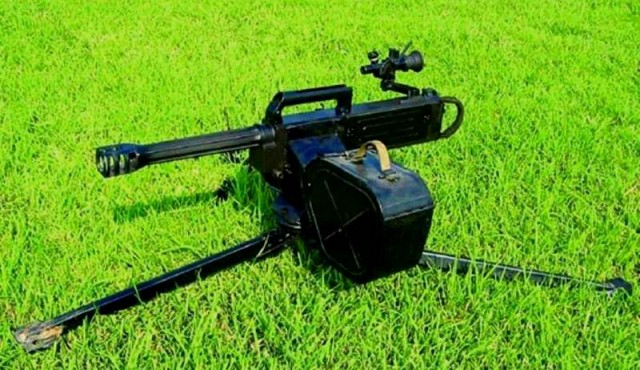 The QLZ04 was developed as more capable alternative to the QLZ87 in the crew served role. The QLZ04 can no longer be used as a personal weapon on a bipod. However, its 30 round belt has twice the capacity of the largest magazine type for the QLZ87.