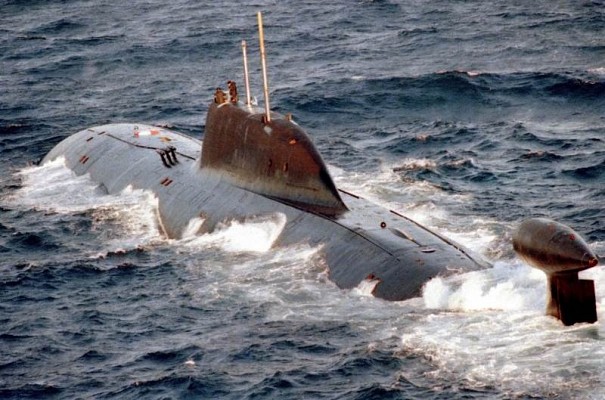 The Project 971 Shchuka-B class is a late Cold War era nuclear powered attack submarine of Soviet origin. The NATO reporting name is Akula class. This class was developed in the early 1980's in response to the US Los Angeles class and is considered a quantum leap forward in Soviet submarine technology. The Project 971 class is the follow on to the Project 671RTM Shchuka (NATO: Victor III) and remained the most capable Soviet/Russian attack submarine until the commissioning of the Yasen class.

The Project 971 hull design has been inspired by the Project 945 (NATO: Sierra) class. The layout is conventional with the armament carried in the bow, the command and crew compartments in the bow and below the sail and the propulsion system at the rear. The sail has a hydrodynamic design and houses an escape pod for its crewmembers. Noise reduction has been a key element in the design. The floors are suspended within the hull and anechoic tiles cover the external hull. The original Project 971 (NATO: Akula) is reported to be nearly as silent as the original US Los Angeles class. The improved Project 971U (NATO: Akula II) has a longer hull to house noise cancelling equipment and is reportedly slightly quieter than the improved Los Angeles class.

The Project 971 class is fitted with four 650mm and four 533mm torpedo tubes. When using liners 533mm weapons can also be launched from the 650 mm tubes. Usually a mix of 12 650mm weapons and 28 533mm weapons is carried. The 650mm weapons consist of the 65-76 long range anti-shipping torpedo and 100 km range RPK-7 Veter anti-submarine cruise missiles. The 533mm tubes are used with various types of anti-submarine and anti-shipping torpedoes. The 533mm torpedo tubes are also used to launch the S-10 Granat (NATO: SS-N-21 Sampson) cruise missiles with a range of 3.000 km or the RPK-6 Vodopad anti-submarine cruise missile. From the improved model onwards there are six externally loaded single shot torpedo 533mm tubes in the upper bow. These are predominantly used with MG-74 Korund and other torpedo-based decoys.

The sail houses a variety of periscopes and other sensors. Hull mounted sonar systems are located at the lower bow and front sides. The sonar capabilities have been subsequently upgraded over time with at least three types of sonar installed on various ships in class. The large teardrop shaped bulb on the vertical stabilizer is a container for a passive towed array sonar.

The Project 971 is fitted with a single 190 MW OK-9VM pressurized water reactor that powers a single seven blade propeller. The maximum speed is 10 knots when surfaced and 28 knots under water. Maximum speed during sea trails was reportedly just over 33 knots. Two retractable propulsors are fitted for low speed maneuvering, for instance in port. The maximum operating depth is listed as 480 meters, although there are reports in the Project 971 can in theory dive up to 600 m. Operational range is practically unlimited due to using a nuclear reactor. Endurance at sea is 80 to 100 days.

The Project 971 class was produced for the Soviet navy. Of the 20 planned vessels 15 have been delivered and two additional hulls have been used for the Yasen class. All vessels that remained when the USSR collapsed ended up in the Russian navy. Four are in operation service with six vessels undergoing repair or modernization. The latest Project 971 is used by the Russian navy to train Indian crews and was leased to India from 2012 to 2021.

From the mid 1980's to the 2000's a total of 15 Akulas have been produced. Due to subsequent improvements no Akula is completely identical to the other. Mainly the noise level differs per ship. Three subtypes of Akula are identified based on sonar, additional torpedo tubes and longer hull. 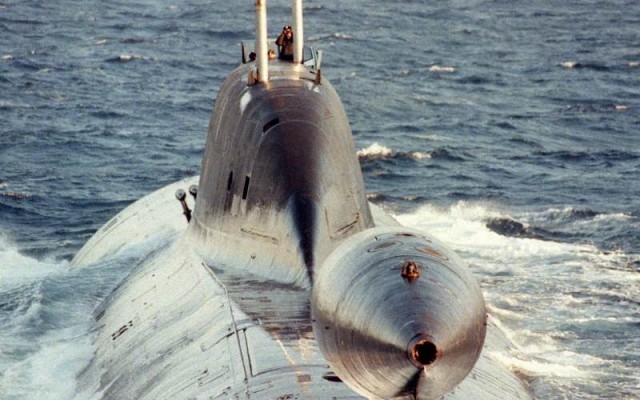 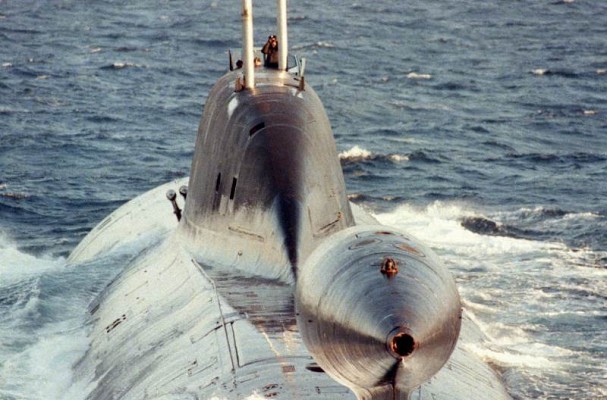 Source: US Department of defense 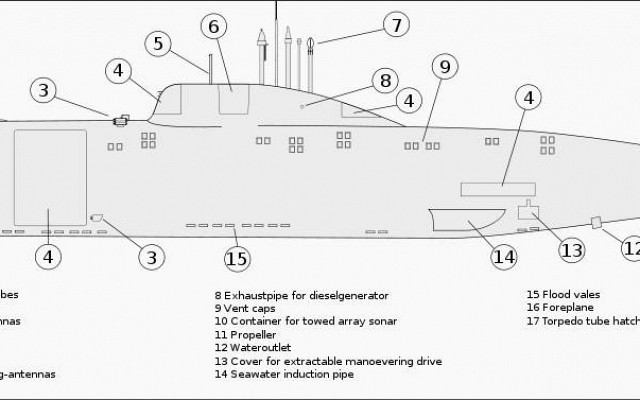 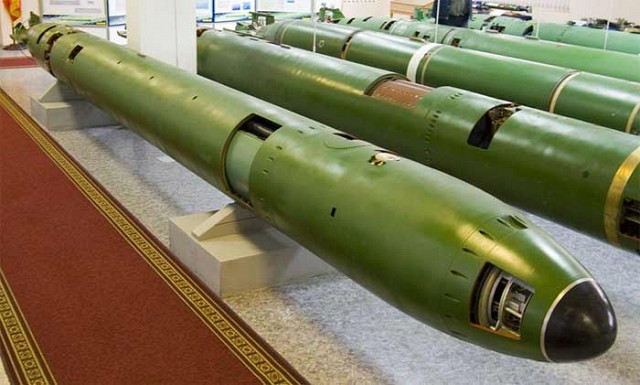 SAET-60A torpedo on display in the museum of the Gidropribor research institute.